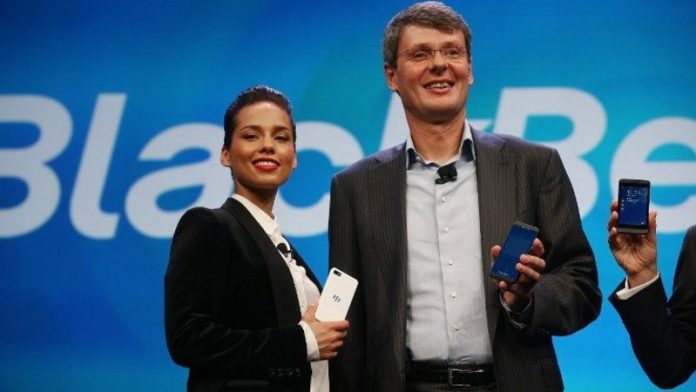 The long-awaited resurrection of BlackBerry has begun, with a single phone model released. Another is on the way, with promises of half a dozen to follow, all on the back of the new BlackBerry 10 operating system on which the company has staked its future.

The first of the new generation of BlackBerry devices, the top-of-the-range Z10 touchscreen phone, was unveiled last week Wednesday. A second model, the Q10 with Qwerty keyboard, was briefly introduced but not demonstrated. The Z10 was released in the United Kingdom on Thursday, but will only arrive in South Africa on March 1. The crucial US market will receive the device at the same time as South African outlets.

Meanwhile, a few advance units arrived in the country last week, providing the opportunity to get to know the device through using it in the real world, rather than through prototypes and demos. Consider this a preview, ahead of more in depth and comparative reviews.

The most surprising feature of the Z10 is not how well it lines up, visually, alongside the rival high-end phones from Apple and Samsung. That was always a minimum requirement.

'A revelation'
The big surprise is how appealing BlackBerry has made the user experience.

As an operating system, BlackBerry 10 would not be alien to anyone used to the stacked rows of Apple’s iOS or the swiping gestures that unlock the screen on Google’s Android operating system.

That is where most similarities end. iOS appears to define itself by stacked rows, and brooks no argument for a variable experience. Android is the opposite: defined by lack of structure and the ability of individual phone makers to place their own skins over the potential chaos.

The third player in major phone operating systems, Windows Phone, provides a structured progression from a tiled and adaptable front door to a rigid structure of lists, rows and further proprietary entry points to individual applications.

In that context, BlackBerry 10 is a revelation, despite the seemingly small 4.2" screen. While not as poky as the iPhone 4S (3.5") and iPhone 5 (4"), it is substantially smaller than the screens of the current leading phones from Samsung and HTC. But, because the glass portion of the phone front is around 4.8" – the same as the Samsung Galaxy S III screen – it appears to offer a similar screen experience. It is puzzling, though, that BlackBerry chose to use a slice of that glass frontage for branding and front-facing camera that could have been situated on the phone edging, as it is on the Galaxy. It certainly leaves room for improvement in subsequent versions.

As with the iPhones, the screen size is forgotten when the phone is put to use.

Keyboard style
The virtual keyboard draws on BlackBerry’s reputation for the best physical keyboards on phones. Unlike traditional predictive text, the predicted words appear between the keys of the keyboard, so that the user can remain focused on the keyboard. The correct word, if it does appear, can then be flicked up into the message area with a simple gesture.

The phone learns your typing style, as well as the context of the message, and suggests words accordingly. When I typed a question, in BlackBerry Messenger (BBM), asking a contact how the message appeared on her phone, I typed only the first letter of each of six words. The phone anticipated what would follow, and gave options that always included the correct word, allowing me to type only six letters to complete the message. There are times when it cannot anticipate the word – especially proper nouns – until you’ve typed more than half it, but at other times, based on the context, it was regularly able to predict the next word before the first letter had been typed.

I’d seen it in action before, but always in prototypes and preview versions. Seeing it work in the real world was magnificent.

A technology called Flow allows for the greatest ease of movement between apps yet on a phone, including a multi-tasking window that allows all apps in use to remain live, in a single view, rather than demanding exiting from one app to use another.

Providing a sense of playing in the same “space” as other app stores, the main highlighted app in BlackBerry World during its first week online was Angry Birds Star Wars. Both the installation and the gameplay were smooth. The sound was clear, the action sharp and responsive, and the Droid pigs were mincemeat in seconds.

BBM
?The new BBM includes well-integrated voice and video chat, along with video-conferencing, which instantly ups its potential for both social and business use. The new user interface of BBM is attractive, displaying more contacts’ avatars in a single view. BBM can be reached via its own independent app, or through a messaging Hub. However, when messages are reached through the Hub, the apps delivering the messages appear to have less functionality than when reached directly through the app.

Thanks to the multi-tasking window, though, it is possible to display all the messaging apps separately, and access them individually if you prefer to manage your messages that way. While it may be a workaround, it also demonstrates BlackBerry 10’s open approach to the way the user manages the experience.

From a hardware point of view, the most startling aspect of the Z10 is that it has no buttons on the front, seemingly trumping the iPhone’s advantage of having only one button. However, contextual controls for every application add extensive controls while you’re using a specific app.

These are the most obvious examples of BlackBerry upping their game. In the same way that the success of the old BlackBerry in South Africa was based on a combination of factors, if the new BlackBerry succeeds, it will be because of the combined appeal of many features, rather than one lone aspect of the offering. – gadget.co.za

A discussion on new corruption evidence implicating presidential spokesperson Mac Maharaj, to whether the Blackberry 10 is competition to the iPhone.
Read more
Sci-tech

RIM buries past and changes name to BlackBerry

Research in Motion has been killed off as a brand, even as BlackBerry is resurrected, in a symbolic burying of the recent, disastrous past.
Read more
Sci-tech

BlackBerry's App World has been replaced by BlackBerry World, a new multimedia storefront that appears to go head to head against iTunes.
Read more
Sci-tech

No shortage of iPhone 5 in SA

On the eve of BlackBerry 10 launch in South Africa, waiting lists for the Apple iPhone 5 have vanished and all suppliers are fully stocked.
Read more
Advertising
Continue to the category
Education