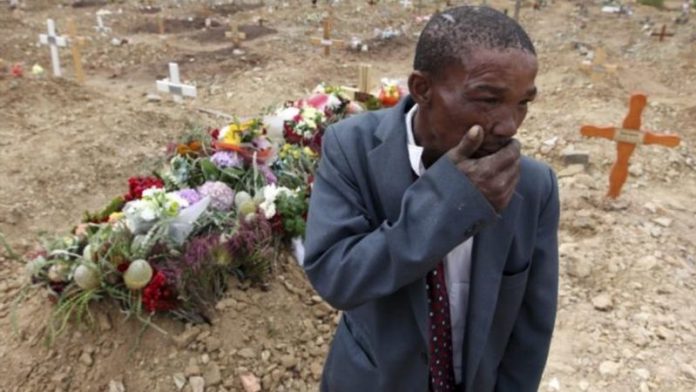 Boredom linked to a rampant drug problems has made the rural Western Cape town of Bredasdorp unsafe, some residents said on Monday.

Neville Farao (25), a part-time DJ in the area, where Anene Booysen was recently raped and killed, said most youths visited clubs to keep themselves entertained. Many used tik (methamphetamine), marijuana and alcohol. "There's not a lot to do here because there's not a lot of parks. Most kids just sit at home, and there's no nice entertainment there," he said.

Farao said that when he was a teenager in the town, he had kept out of trouble by joining a dance "crew". Such dance troupes are rarely seen anymore.

Waiter Dario King (25), agreed there was a lack of positive activities for young people on weekends. "There is not a lot of integration between white and coloured kids here.

"With the coloured community, you often find parents don't support their children in doing something good. They just give them money and don't ask where it goes."

No recreation
King, who has lived in the area most of his life, said over half of his friends had turned to tik, a drug known to incite violence and aggression. "That is why I feel unsafe here. Tik made them learn to steal, break into cars, stab each other. When I walk along the road, they often ask me for money. Now I don't carry money with me," he said.

The town's Recreation Street has little in the way of parks and sports centres, but has several bottle stores and taverns.

Almost two weeks ago, 17-year-old Anene Booysen was gang-raped and disembowelled after visiting a club. She was found, barely alive, at the Asla construction site where she worked, not far from her RDP home, and died later in hospital.

On Monday, a small cross and flowers were the only reminder of the gruesome act in the largely barren landscape of beige and pastel RDP houses scattered along Ou Meule Street. The houses are largely hidden from the town by huge silos containing grain, one of the commodities on which the town survives.

Three men were arrested in connection with Booysen's rape and murder, but one was later released due to lack of evidence.

Johannes Kana, a thin 21-year-old with tattoos, appeared in the Bredasdorp Magistrate's Court on Monday, with a towel covering his face. His case was rolled over to Tuesday, when he will appear with his alleged accomplice, 22-year-old Jonathan Davids.

"It's a high court matter, but like we've been done before, I'm sure we'll end up bringing the high court here to Bredasdorp to ensure that victims and their families have equal access to the court."

He said the state would oppose any bail applications. "This was a very gruesome murder and as the NPA we prioritise rape cases and all abuse against women and children."

Ntabazalila said courts in the province dealt with as many as 30 rape cases a week. According to police statistics, sexual crimes in Bredasdorp have more than doubled in the past three years: from 27 cases in 2009/10; to 60 cases in 2011/12.

Drug-related crime is also on a three-year high. No cases of illegal possession of a firearm and ammunition were reported in 2009/10. Between April 2011 and March last year, 16 related cases were opened in the town. – Sapa

Gender-based violence is escalating as the social crisis deepens. Some activists want a special council for survivors
Read more
National

After ​Marchillino Ambraal was gang-raped a second time and a friend was killed, he wants to see justice done
Read more
Africa

Fury over the misogyny and hatred in social media is fuel in the fight for a better, equal world.
Read more
Advertising
Continue to the category
Politics