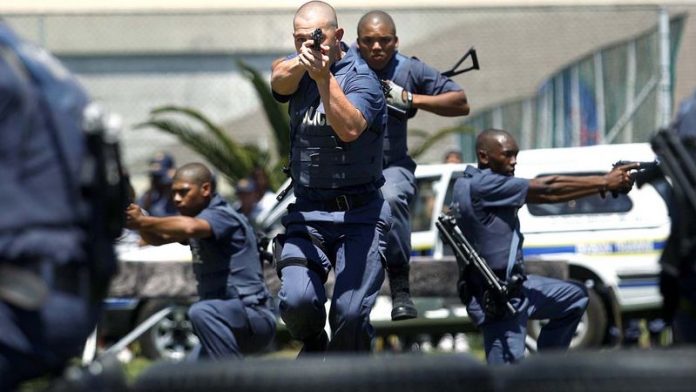 Those who remember the insistence by Jacob Zuma's supporters that there was a "constitutional imperative" to establish a single police service will not be surprised to see this idea mooted once more by the ANC.

Resolutions released at the end of January and said to emanate from the party's December's Mangaung conference are intended to convey the impression that the ANC remains committed to a single police force, as first endorsed in 2007 at its Polokwane conference.

This argument was formulated in 2007 for a political reason. At the time, Zuma's supporters claimed they were disbanding the Scorpions, which were investigating corruption charges against him, to give effect to a "constitutional imperative".

But the ANC has to keep defending the idea of this "constitutional imperative", even though its purpose was accomplished several years ago. To do otherwise would be to admit that Zuma's ascension to power was based on a misrepresentation of the Constitution.

The destruction of the Scorpions was pursued with considerable haste and vigour. But another resolution reflecting the ANC's dedication to the notion of a single police service at that time was also passed at Polokwane. It provided that municipal or metropolitan police services and traffic police should be placed "under the command and control of the national commissioner of the South African Police Service (SAPS)". On current evidence, this resolution is unlikely to be put into effect.

<strong>Mangaung resolutions</strong>
A discussion document for the ANC's June 2012 policy conference put forward five proposals for implementing the resolution. Rather than integration, most of them concern uniform standards or co-operation. The only one that refers to the centralisation of control over the municipal police departments is the proposal to "involve the national commissioner in appointing metro chiefs".

But, even if such a measure could be implemented, it would fall short of creating a single police service.

In the Mangaung resolutions, the focus has shifted to an assertion that "the national commissioner should ensure the implementation of general, training, operational and discipline standards in relation to policing to foster synergy, uniformity and consistency throughout the Republic".

This is already provided for in the 1998 amendment to the SAPS Act, passed in terms of the requirements of sections 199(3) and 206(7) of the Constitution, which provide for the establishment of municipal police services.

<strong>Constitutional imperative</strong>
In other words, the latest resolution merely calls for the national commissioner to use her current powers under legislative provisions governing municipal police. This amounts to an inadvertent endorsement of this legislation and an implicit admission that it is constitutionally sound.

At different times, the ANC has tried to motivate why it would be of benefit for municipal police services to be incorporated into the SAPS. None of the reasons provided, such as improved accountability, is particularly convincing. Beyond questions of benefit, the idea is largely impractical. Municipal police services have a different mandate from the SAPS, a mandate that incorporates traffic and municipal by-law enforcement as well as crime prevention. They also have distinct sources of funding.

Considering that no progress has been made towards incorporating the municipal police into the SAPS in the past five years, it is doubtful that the ANC is actually committed to the idea. The June discussion document concedes: "By all accounts the origin of the debate on a single police service was not intended to bring about the wholesale integration of police services in the Republic."

This too might be read as an admission that this "debate" was politically motivated and not a "constitutional imperative".

But rather than face the embarrassment of admitting that there is no constitutional imperative for a single police service, the ANC is forced to go through the motions of appearing to be intent on incorporating the municipal police services into the SAPS. On current evidence, this is no more than saving face. It also has the effect of keeping alive a spurious and farcical debate.

<em>David Bruce is an independent researcher who specialises in violence, crime and policing</em>