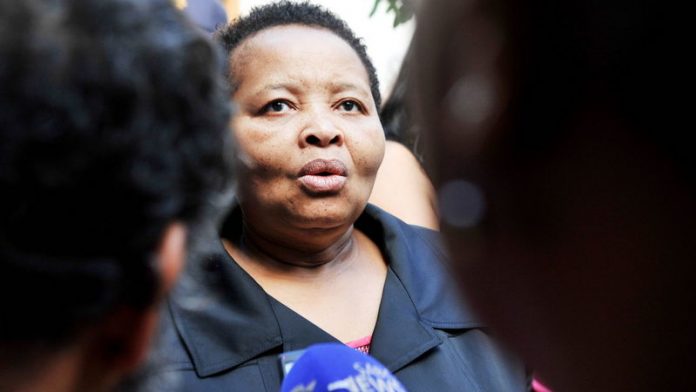 "The Democratic Alliance will be calling for the auditor general to investigate this latest report of extravagant and wasteful expenditure by the department under Minister Xingwana's watch," said DA MP Helen Lamoela on Sunday.

The Sunday Independent reported that the minister of women, children and people with disabilities, Xingwana, allegedly splurged R2.1-million of state funds decorating her head office.

Nearly half of this amount was spent during two sprees in which Xingwana's office spent close to R500 000 each time, the paper said.

While the department is responsible for purchasing its own furniture, the furniture for the ministry, particularly the minister's office, is bought through the budget of the department of public works, the paper reported.

However, Xingwana's spokesperson Cornelius Monama told the paper that there was no furniture when the minister moved into her new office in Pretoria.

"The furniture she used when she was at the Union Buildings was left in the presidency. In her Cape Town office, the minister is still using the previous minister's furniture," Monama told the paper.

He said Xingwana had instituted an investigation relating to this incident of irregularity.

According to the Mail & Guardian last year, the minister dismissed a "sensational hot air" report that she demanded to be upgraded on a flight from Accra, Ghana.

The City Press previously reported that Xingwana allegedly shouted at a white air hostess “shut up, shut up, is it because I am a k*****?” when her request to be bumped up from economy to business class was refused.

In November 2011, Xingwana said in Parliament that, due to her health, she could not fly "la-la class". – Sapa