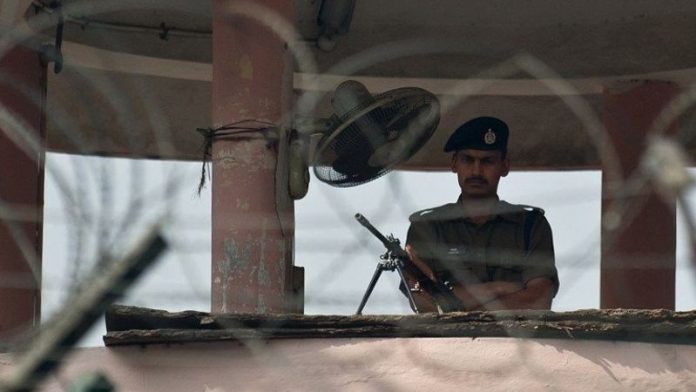 An Indian bus driver who was found dead Monday while on trial over a fatal gang-rape could not have killed himself and his death should be treated as a murder, his parents and lawyer said.

"My son has not committed suicide," said Mange Lal Singh after his son Ram Singh was found dead in his cell at Tihar jail on the outskirts of Delhi.

"I had met him six days back at the court. He had told me that his life is in danger and he also said that he had been sodomised by his fellow inmates," the father said

Prison authorities say that Ram Singh was found hanging after rigging up a noose made out of his clothes and then attaching it to a grille.

But Mange Lal Singh said that his son would have been incapable of doing any such thing as a result of a hand injuries he sustained in a road accident several years back.

"He couldn't have committed suicide with just one hand," said the father who was speaking in a Delhi slum called Ravi Dass Colony where his son lived.

Speculation
​Kalyani Devi, Ram Singh's mother, said that her son showed her evidence that he had been tortured since his arrest over the fatal December 16 attack on a bus in the capital New Delhi, including "slash marks" on his body.

"He made a mistake – he admitted that to us – but even God forgives one mistake," she said.

"He was not even given a chance to repent." Ram Singh's lawyer V K Anand said his client's death should be treated as murder.

"My client did not commit suicide. I was in touch with him on a daily basis," he said.

"If he had committed suicide then he would have left a suicide note. I demand an independent probe.

"There is no CCTV footage to prove he committed suicide. He was tortured so many times in the last two months."

Officers in Tihar jail said they would not comment on the family's claims and would wait for the results of an official inquiry which has been launched. – AFP