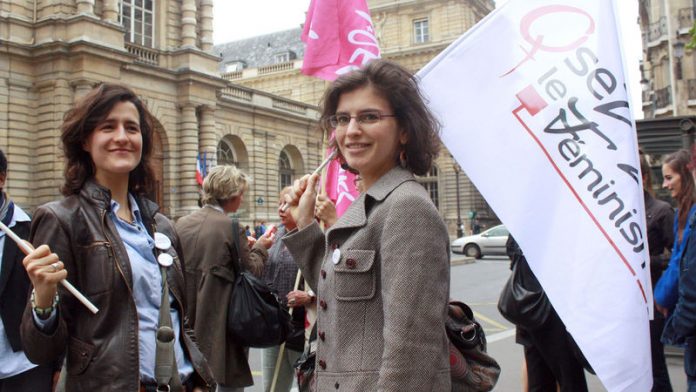 Susan Patton has no daughters, but she knows what she'd be telling them if she did. Find a husband. Start early. Ideally, in your first year at university. And look for a man who's at least as smart as you are.

Patton's advice, published in the student newspaper of Princeton – her own alma mater and the university where her younger son is currently studying – has seen her lambasted around the world: some feminists, apparently, thought her article had to be an April fool.

But while there's plenty to nit-pick about who's to say Patton's daughters would have been heterosexual? And how do we know the male students at Princeton are looking for wives? It seems to me that there's a valuable truism at the heart of her message. Also, it would be a shame if she just became an easy target for those who think feminism is all to do with pay packets and career projections. Especially on a day when another story doing the rounds involves a report from the Institute for Public Policy Research which suggests that the "ever onward, ever upward" culture for women at the top of the tree hasn't done much to help women at the less privileged end of the pay scale.

Because, it seems to me, feminism is about nothing if it's not about helping women have better lives. And better lives don't just happen in one dimension: a "good life" isn't solely about a successful career, or about earning plenty of money, or about finding a wonderful partner, or about having (if you want them) children.

A "good life" is a cocktail made up of many ingredients; and what Patton is putting her finger on is the fact that feminism has tended, over recent decades, to over-egg the career progression and money part of the equation.

It's easy to see why that happened. Back in the 1960s, in the pre-dawn of modern feminism, women already had the home, the hearth and the children: what they needed was access to the world of fulfilling paid work. But in pursuing that legitimate goal, too many women forgot that work is not the whole of life; and, worse, they somehow managed to lampoon other elements of a rounded existence – especially finding a life partner, and wanting children – so that these became the desires that dared not speak their name. In the 1980s and 1990s, a woman who was serious about success didn't talk in those terms; and if she was juggling an increasingly well-paid and high-flying career alongside raising children, the usual way through the maze was to brush the kids under the carpet as much as was humanly possible.

So this is the nugget of gold at the heart of Patton's article: being happy isn't about one-dimensional success. Unlike Patton, I do have daughters – four of them. Two are at university, two still at school. And here's what I tell them, especially the university girls. Number one, plan your life (if the plans go wrong, you can always re-plan; but it's the people without a plan who are most often unfulfilled). Number two, see your life in the round: happiness doesn't come down to just one thing.

It's not just about a great job, or a great relationship, or a happy home, or a gaggle of kids; it's about many of those things (and, incidentally, you'll rarely have all your ducks lined up in a row, so don't expect to be fulfilled on every front at every point in your life; you have to be adaptable, you have to keep striving). Number three, follow your dreams: don't be afraid to dream big, in any part of your life. Big dreamers have big lives.

Feminism is a big dream, and maybe over the past few years it's tended to be a bit one-dimensional. Many of us feel it's going through a bit of a blip right now – the Institute for Public Policy Research report is only one in a long line of disquieting pieces of research that should make every feminist think, hmm. Are we doing what we really wanted to do? But, just like my daughters, we mustn't be afraid to keep dreaming big. The truth is that what women really want – a life that is happy and fulfilled on as many fronts as possible – is what men want too. Maybe our contribution, as women, is to make men realise what we've always known in our hearts and are just starting to have the courage to voice: that life comes down to more than one strand. It's never just about work for any of us. – Guardian News and Media 2013