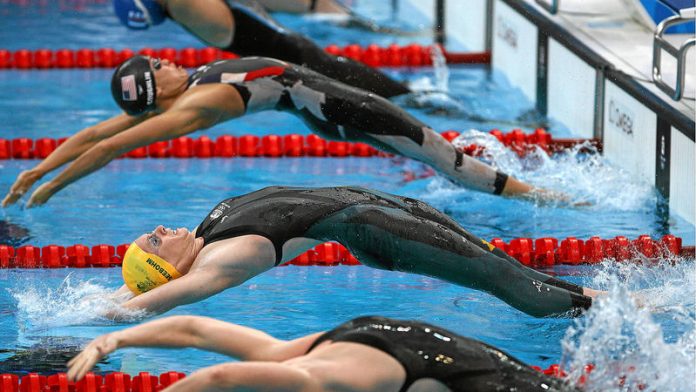 However, Swimming South Africa (SSA) says lesser-known athletes might need to contribute some of the costs if they hope to take part.

South African Sports Confederation and Olympic Committee (Sascoc) chief executive Tubby Reddy said on Tuesday the governing body would cover the costs of all athletes on their operation excellence (Opex) programme for the global championships. "When we got back from the London Olympic Games last year, SSA indicated that their main sponsor, Telkom, had pulled out, and that they would have functional issues financially," Reddy said.

"We have retained all Olympic medalists and finalists on the Opex programme from the London Games to this point, and we will now reassess the athletes on the list.

"Anyone in the next phase of Opex will have their expenses covered by Sascoc, but SSA will need to focus on finding funds to cover the other members of the team."

SSA chief executive Shaun Adriaanse said it hoped to find a commercial sponsor to send the athletes who were not included in the revamped Opex programme.

"It's always a struggle finding major sponsors and we haven't been able to find a replacement since Telkom decided not to renew its contract," Adriaanse said.

"Barring those on Opex, the athletes might need to make a contribution to ensure their participation."

Funding from Fina
While the federation's main focus was on swimming, which produced three medals from the London Games, Adriaanse said SSA also planned to send men's and women's water polo squads, a synchronised swimming team, and a group of divers to compete in the world championships.

"We have got some funding from [global governing body] Fina, which will help with the costs, and if we can find a corporate sponsor before the championships the athletes won't need to contribute," he said.

"Most of the funding we have will go to the swimmers, and the athletes in other disciplines, like the divers who are going to the world championships for the first time, will probably need to contribute more, but it depends on how many athletes qualify.

"We need to manage the risk and make provisions to cover the costs." – Sapa