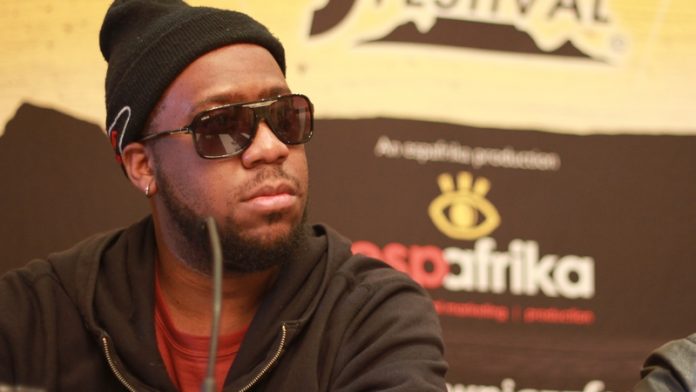 The thing about interviewing an artist or musician is that you necessarily work on the assumption that you will have enough time and personal space to gleam everything that you need from the exchange. If my experience is anything to go by, then I can't really say I had neither the adequate time nor the space when interviewing award-winning pianist and producer Robert Glasper, whose 2012 album Black Radio has seen huge success, including a win in the best R&B album category at this year's Grammy Awards.

The album's title, an indirect product of a joke between Glasper and Yassin Bey, the artist formerly known as Mos Def, has an interesting tale behind it. According to Glasper it began with Bey talking about black radio as the equivalent to the black box, the data recording device used in aviation to log information about the operations of the aircraft so that in situations of accidents or crashes there is a means of assessing possible causes and effects by investigators.

The joke would go on to become a song and the title of the album. In many ways the joke was prophetic since its success was hailed as a beacon of hope in a music industry where quality has all but crashed.

According to an article from a 2012 edition of jazz magazine Downbeat: "Black Radio is Glasper's most fully integrated distillation of the various influences that have coloured his work". And even though much of the album comes across as too vocal-reliant and radio friendly, it has an authenticity about its content that has set it apart from many other chart-topping offerings that are considered "great" music.

In our five-minute exchange I managed only three and a half questions before the organisers began pacing around in the background to indicate that my time was up.

What does the success of Black Radio mean to you and what do you think it means for jazz, which is your core sound?
It means a lot. It shows how jazz can easily lend itself to other music , such as R&B and hip-hop, and still sound good. I've always said that jazz could learn a lot from hip-hop – the ability to transform itself and still remain relevant. If you can play jazz then you can easily go into other music forms but nobody expected it to do as well as it did, although I guess it wasn't that surprising because a lot went into making that record.

Do you think it signals a return or resurgence of authenticity in terms of musical practice?
Yes, absolutely. Playing instruments is a personal thing because a drummer, or any other player, will play depending on how he feels or what he is going through and that will – and should – come across in the sound. A lot of the "music" today has nothing to say because it is all beats. I hate beats, well, except maybe Madlib's beats. I enjoy playing those. I think that the best thing you can do, be honest in the music that you make.

Is there a difference between Black Radio and Roy Hargrove's RH Factor: Hard Groove? The two are very similar in their collaborative efforts, although Hargrove's album has a very bebop feel to it – do you think that his album didn't get the same recognition because it dropped at the wrong time?
No doubt Roy Hargrove made a great album and began a great conversation between jazz and other genres but I think that he didn't cross over because he wasn't that well known in those other genres. In the end Hard Groove was bought by the jazz audience because they were aware of his work. I, on the other hand, have had the chance to work with and produce for a lot of people across the industry, hip-hop and R&B, from the likes of Bilal, QTip, Maxwell and Mos Def. In my 2007 album In My Element I even made a track, J Dillalude, as a tribute to J Dilla which received a lot of airplay in the clubs by hip-hop djs because J Dilla was heavily respected in the hip-hop community. So all those experiences helped me and it was a strategy of mine to first gain the experience and build a reputation before doing a project like Black Radio. I probably could've done it five years ago but it wouldn't have had the same impact that it does now.

Your special guest for this year's festival is DOOM; can we expect a Robert Glasper-DOOM collaboration in the near future?
DOOM and I have been working on something together for some time. I've had him on my shows a couple of times and that's been great. So I think you can expect something from us. We might just go ahead and do it in my room after this, hold on – that didn't come out right [laughs]. But expect something in the near future.