An oasis that keeps growing 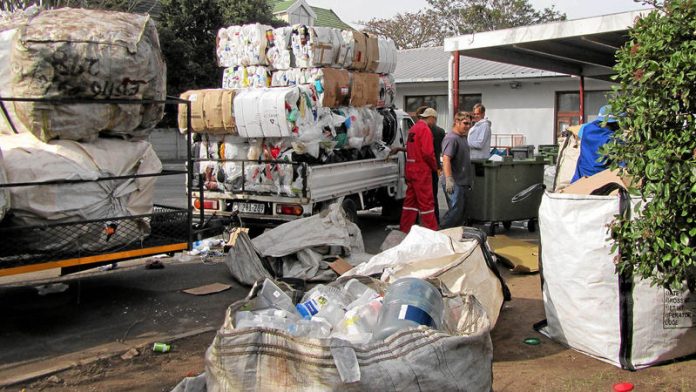 The Oasis Association in Cape Town was the first winner of the Mail & Guardian's Greening the Future award for non-profit organisations in 2003. Over the past decade, the organisation has moved mountains — and not just of trash — to ensure that people with intellectual disabilities are empowered.

Oasis is proof that green success stories, which highlight the reduction of people's effect on the environment, are also about human development.

Today the organisation provides employment opportunities, skills development training, daycare centres and residential homes for more than 450 people in the greater Cape Town area. In 2003, the Greening the Future judges praised Oasis as "a special and unique project with a holistic approach to integrating social concerns and environmental issues".

"It has explored the question of recycling and reuse of resources very efficiently, even venturing into areas where no one else bothered to go," the judges said at the time.

The Oasis workforce consists of people with various intellectual disabilities who are employed in recycling and waste management projects that generate income for the association and contribute to its self-sustainability.

Executive director Gail Bester says Oasis has seen "a lot of growth" since winning the Greening the Future award 10 years ago. "This is obvious not only from our statistical information, but also the qualitative enhancement both to Oasis's projects and the work lives of people with intellectual disability."

In 2003 the organisation processed between 60 and 78 tonnes of mixed recyclable waste a month, generating an annual turnover of R166 202. By the end of the 2011-2012 financial year it was processing more than 203 tonnes of recycling a month, which, together with two shops it has opened, yielded a trading income of more than R4-million.

In November 2003, just months after winning Greening the Future, Oasis was awarded a tender to manage Old Mutual's waste and recycling at the company's head office in Pinelands.

"We currently have 362 intellectually disabled workers who are hard at work on three recycling projects and who, together with the shops, generated 47.3% of our income at the end of the last financial year," says Bester.

"Our recycling project has won more national and international awards over the years. As a result, it is probably true to say that today we are better known for our recycling efforts rather than for the fact that we are leaders in the disability field."

As word spread about its recycling project, the Western Cape department of environmental affairs and development planning asked it to present a best-practice model to more than 300 delegates at the Cape Town waste minimisation summit in 2010.

Bester says Oasis has come up with a "win-win situation for all" and that it is a working model of the triple bottom line in sustainability: "We meet a social need by providing intellectually disabled adults with employment, which creates income for the workers and the organisation. And we provide an easy solution for Cape Town residents in terms of disposing of their recyclable waste, resulting in a very significant saving of landfill space."

Desiree Behr, the donor development manager at Oasis, says the company launched various other income-generating projects over the years because "funding is always a major issue for non-governmental organisations".

"Although we raised 55.5% of our income last year through our trading activities and investments, we are still dependent on donors to fund the more welfare-focused aspects of our services, such as day centres and residential facilities," says Behr.

"State subsidies accounted for 28.5% of our income last year, but we had to raise the rest through fundraising events and appeals to corporate donors, trusts and foundations, and individuals."

The bakery "initially focused on producing bread for our daily feeding scheme for the poor. But the tantalising aroma of fresh, hot bread and the spread of word-of-mouth advertising led to requests from members of the public for the bread to be made available to them too," says Behr.

Oasis was voted a Greening the Future winner because of its "comprehensive sustainability, environmental innovation and social involvement". Ten years later, the evidence shows they were right.

Profit and the planet