Boston bombing: A nervous South African in a paranoid America 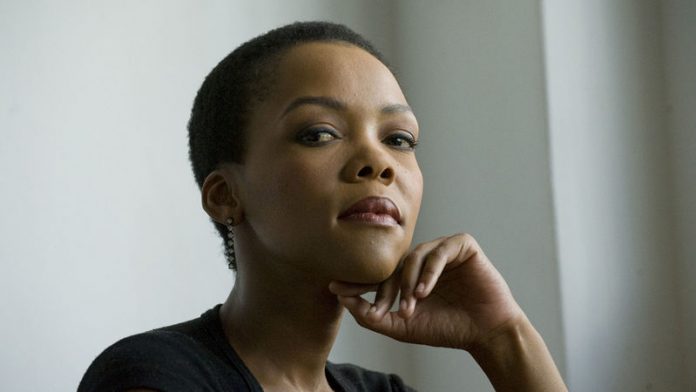 The scramble for answers and a scoop in the aftermath of the Boston attacks saw many news networks speculating breathlessly over the latest leads. CNN on Wednesday even claimed that a suspect was arrested and was later forced to backtrack.

The fact is, if you look through the haze of breathy commentary, the FBI – which is investigating the explosions – has not released much new information, save to say that the incident is being treated as an act of terrorism. US President Barack Obama has urged that the integrity of the investigation be protected and that people not jump to conclusions, and the "dark skinned" suspect CNN's John King was referring to does not exist. However, it is believed that investigators are close to a breakthrough.

What added to the speculation and sensationalism were elements that at face-value seemed to mirror what happened after the terror attacks of September 11. Back then letters or packages with the poison anthrax seemed to be the secondary prong of the terrorist attack against the US. This time, the poison of choice is Riacin and letters supposedly laced with this substance were sent to Obama and other lawmakers' offices. According to NBC, initial tests tested positive for the substance. This prompted Capitol Hill police to evacuate two buildings in the Senate, putting yet more people on edge.

People are making links between the two incidents, which is to be expected in the uncertainty that terrorist attacks leave. But when addressing the media on Thursday morning, White House spokesperson Jay Carney made it clear that the FBI made no connection between the Boston attacks and the Riacin laced letters.

News reports from some of the networks repeated that the nation was on edge and that people were tense, but this was not really the sense I got though from people on the ground in Washington DC, who seemed to continue about their business. There was an outpouring of grief over the Boston Marathon victims, but nothing compared to what happened on September 11 2001, which was startling for its audacity and the number of people who were involved. Obama said that the spirit of the American people was far more resilient, and they would survive any form of attack.

Americans have a healthy dose of patriotism and self-belief. They also believe that America is the world and the world is America. This is something one encounters often. When there is an attack of this nature they tend to assume that it must come from elsewhere, somewhere brown and far away that most can't even point out on the map. This is clearly the stance taken by networks like Fox who were the first to suggest that the "person of interest" being interviewed was a Saudi national. Although a 20-year-old Saudi man was under armed guard after being injured in the incident, Agence France-Presse reported on Thursday he was not a suspect.

So far officials have been clear and careful to say they did not know if the attackers were foreign or domestic or if this was the work of an individual or group. News networks need to do the same and wait for the facts.

One of the things that one learns to embrace and thrive upon being a field reporter is that one never knows how the day is going to end. This became evident when I was a young reporter in Cape Town in the 90's. It was an element we thrived on: you would start off your shift in the morning, say covering something boring and well-meaning, such as the opening of a hospital wing by some wordy, mealy-mouthed local politician, and your day would likely end at the same hospital at midnight. By this time, though, you would be bleary-eyed and stunned. You would be stalking the hospital wards, scrambling to speak to doctors treating the wounded, or those who were maimed in a spate of terror attacks that traumatised the Mother City over a two-year period.

This was exactly how I felt on Monday afternoon as I sat at the headquarters of the International Monetary Fund (IMF), listening to yet another well-meaning official and economist explaining the intricate workings and decision making processes of one of the world's least-loved lenders. My day started off innocuously enough, like any working girl: I was walking around admiring the cherry blossoms that signal the beginning of spring in DC. When I saw the news on Twitter about what happened at the finish line of the Boston Marathon, I looked around the room to see whether any of the numerous security guards and police who walk the hallways of the IMF's building had popped in to offer an explanation as to what was happening. Nothing. The IMF representative was carrying on happily with his presentation with useful graphs that became meaningless.

I have a few family members in Boston, so my initial instinct was to make sure that they were fine. After about half an hour of anxiety, all five reported that they were well. I then fled the vault of the IMF as soon as I could to get a better sense of what was happening on the streets. When you are encased in one of the most secure buildings in DC, you don't really see the world.

Pennsylvania Avenue was abuzz with the many power brokers in good suits who walk up and down the street which houses the IMF, the World Bank and three blocks down the White House. People were marching along in that DC fashion of industriousness, which to any visitor communicates: "We are busy, powerful and very rich." There didn't seem to be any change to this pace as I made my way to the White House – this city is not to be stalled by anything. A little way down the street and I could detect the change in mood as the news began to spread. Police officers were quickly putting up wire cordons and yellow tape around the roads leading to the White House in a very speedy fashion, and everything was up within a matter of minutes.

As I walked back to my hotel on the same stretch of road, there was a police car at almost every intersection. Officers seemed to pop out of every nook and cranny of the city. I started to panic. What had they heard? What were they afraid of? Boston is a few hundred kilometres away from DC. Did they fear an attack on the capital? As more and more police officers scoured the streets, I broke into a slight jog just to be in the safety of my hotel if there was indeed anything to worry about.

I got back to my room just in time to see the press conference by DC's mayor and chief of police, who both said the city was now on a heightened security alert and explained that the White House was being cordoned off out of an "abundance of caution" (the language used here is always interesting). They also said there was no known or credible threat but there would also be increased security along the major metro and bus routes.

It was peculiar to feel insecure in the US because one of the things I've enjoyed most about this country in the nine months that I've lived here is how safe I've felt.  Yes, the country has school shootings but the occurrence or prospect of opportunistic, petty or violent crimes is not pervasive. In any city I've visited, I've been able to walk around at all hours without the cloak of fear which sometimes envelopes one back home. There is a weightlessness to that I wish we could know back home.

When there was terrorism in Cape Town in the 90's, people would usually avoid certain tourist attractions for a while but they'd be back soon enough because the strong sentiment among us locals was that we were not going to allow bombers to control our lives and limit our movements. This is what I see in the US capital just a day after those terror attacks in Boston, because while flags fly at half-mast at federal buildings and the White House remains cordoned off the sharp suits and powerful are back on the streets, life goes on. This has not been enough to convince my mother though, whose only words to me since the Boston attacks have been buya maan apho, or come back home already.