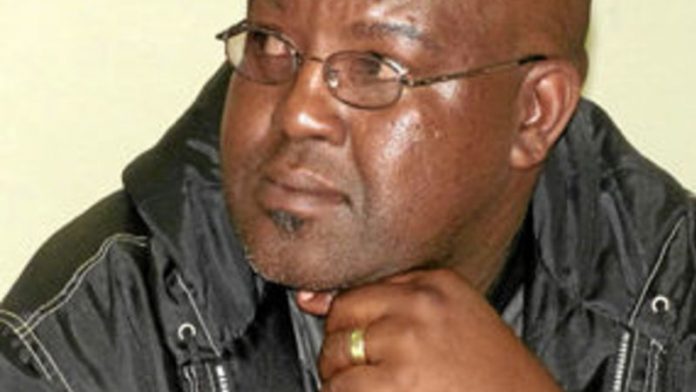 Sentence for ‘intimidating’ chief justice comes amid an outcry over judge’s judicial interference.

A prominent editor in Swaziland was sentenced to two years in prison or R400 000 in fines this week for “scandalising the courts”, following a critical article he wrote about Swaziland’s controversial chief justice, Michael Ramodibedi, three years ago.

Bheki Makhubu and the Nation magazine that he edits were fined a total of R200 000, with half of the fine suspended for five years. He was told to pay the R200 000 balance within three days or go to jail.

This coincides with an unprecedented complaint by the Swaziland Law Society to the African Commission on Human Rights in The Gambia, which accuses Ramodibedi of systematically undermining the independence of the Swazi judiciary.

In February 2010, Makhubu wrote a column protesting against Ramodibedi’s description of himself as the “makhulu baas” (big boss) of Swaziland’s judges during the official opening of the high court.

Makhubu objected that the phrase was associated with South Africa’s old apartheid order, had no place in a civilised society and was at odds with the decorum expected of a ­senior judge.

“The good thing for Justice Ramodibedi is that Swazis, because of their long, rich and strong ­traditions, will teach him what culture really is,” Makhubu wrote.

Ramodibedi, who was recruited from Lesotho, is the president of the Court of Appeal in that country.

Yes-man
The case against Makhubu was tried by a high court judge, Justice Bheki Maphalala, widely seen by lawyers in Swaziland as a stalking horse for the royal family.

Maphalala also found Makhubu guilty on a second charge of contempt of court over an article he wrote in November 29 2009 criticising supreme court judges, including Ramodibedi, for their dismissive attitude towards an application by pro-democracy groups for clarity on whether the Constitution allowed political parties.

Political parties have been banned in Swaziland since 1973.

Maphalala’s judgment accuses Makhubu of overstepping the boundaries of freedom of expression in “a scurrilous, unlawful attack on the integrity of the chief justice” that “undermined the independence and functioning of the judiciary”.

Attorney general Majahenkhaba Dlamini prosecuted the case after being delegated to do so by his wife, Mumsy Dlamini, the director of public prosecutions.

Arguing that Makhubu’s 2010 ­column “was more of a threat to the physical wellbeing of the chief justice than a friendly warning” and was “intimidating, if not terrorising to the judge”, Dlamini said the phrase “makhulu baas” was common currency in Southern Africa.

Dlamini said Makhubu had interpreted the expression in bad faith to pour scorn and ridicule on Ramodibedi.

Appeal
Makhubu, whose legal team included South African advocate Gilbert Marcus, is appealing against the judgment. In his defence, he said the court had contravened Section 24 of the Constitution, which ­guarantees freedom of expression, legitimate comment and criticism.

Makhubu denied that his intention was to bring the judiciary into disrepute, saying that he was a loyal, patriotic citizen committed to the promotion of democracy in Swaziland, who acted in the best interests of the country by informing the public.

Meanwhile, Swaziland’s minister of justice and constitutional affairs, Mgwagwa Gamedze, has travelled to Banjul to ward off possible sanctions against the Swazi government arising from the Swaziland Law Society’s petition.

The complaint centres on a 2011 directive by Ramodibedi banning all courts from entertaining legal claims against the king or his office, which the society believes no Swazi court could deal with independently.

The commission is a quasi-judicial body backed by the African Union with the power to order remedial action when human rights have been violated, including the ­payment of reparations.

Ramodibedi is not new to controversy. In Lesotho, he is involved in a bitter feud over seniority with retiring Chief Justice Mahapela Lehohla.

The Lesotho Times last week carried a series of articles reporting that the feud had disrupted the Lesotho judiciary, sparked a boycott by lawyers and magistrates and led to calls for government intervention.

Boycott
In 2011, he was the focus of a six-month court boycott by lawyers in Swaziland, who accused him of “gross interference in the administration of the courts and infringement of people’s rights to justice”.

The protest revolved around his order relating to cases against King Mswati, as well as a practice directive ordering that all cases, particularly those directed at the government, should be referred to him so that he could hand-pick the ­presiding officers. 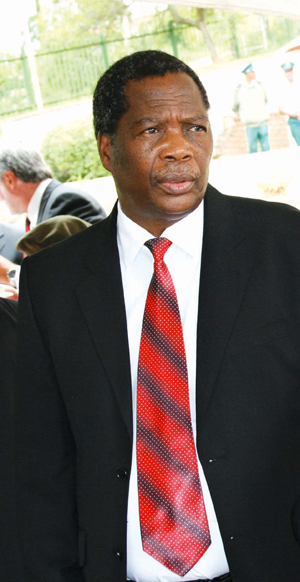 The law society has also asked the Banjul commission to sanction Swaziland over the Swazi Judicial Service Commission’s (JSC’s) refusal to accept a petition against Ramodibedi.

Hlophe said such complaints should be raised with King Mswati, who had appointed Ramodibedi.
Mlangeni alluded to Section 153 of the Swazi Constitution, which states that the commission is the only body mandated to deal with complaints concerning judges.

He cited the case of Justice Thomas Masuku, a Swazi judge of international repute who was fired last year by a tribunal headed by Ramodibedi, who was also the complainant.

Mlangeni also said that the JSC’s refusal to hear the society’s petition violated the African Charter on Human and People’s Rights, including clauses guaranteeing equal ­protection before the law, the right to a fair hearing and the principle of the independence of the judiciary.

Howe, a leading Mbabane-based attorney said: “If you want to enforce a judgment against the government of Swaziland, well, good luck to you.”

Lawyers point out that there is a clear conflict between Mswati’s legal immunity and the fact that he operates businesses that enter into ­commercial contracts that cannot be enforced by other parties.

Mswati, whose wealth is estimated at $200-million by Forbes magazine, owns 10% of the shares of MTN Swaziland, farms and other property.

Government spokesperson Percy Simelane told amaBhungane that Swaziland’s leadership respected the rule of law and the independence of the judiciary.

“Aggrieved lawyers can always share their sentiments with the JSC unless they have other motives not associated with the profession,” Simelane said.

“We elect not to comment on other routes these lawyers may choose to take, for reasons known best to them.”

Repeated attempts to contact Ramodibedi for comment through registrar Hlophe and her deputy, Mpendulo Simelane, were unsuccessful. These included questions emailed to Simelane.

Read excerpts from the judgment, and Bheki Makhubu’s original articles online at mg.co.za/swazimakhubu