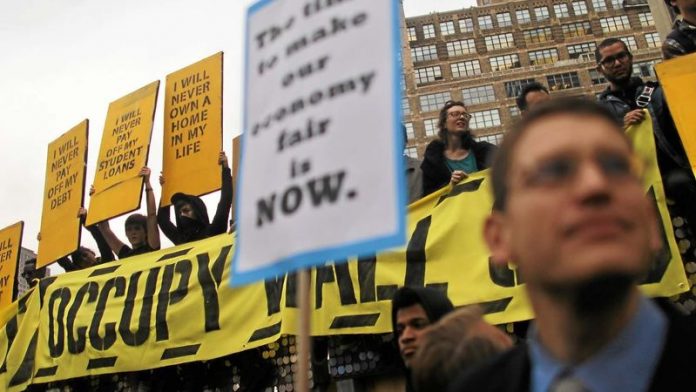 The success of South Africa's reconstruction agenda rests on an effective social contract between the state, business, labour and ordinary South Africans against the stubborn persistence of poverty, underdevelopment and lack of infrastructure.

Viewed through left-leaning lenses, the history of capitalism in South Africa is punctuated by regressive state-capital collusions, the inevitable labour sacrifice and subsequent material deprivations. The violent process through which people were forcibly incorporated into the capitalist system under apartheid made the public view business with suspicion, a greedy and major contributor to — if not the cause of — social, environmental and economic problems.

The public view has been that business prospers at the expense of the broader community. Because of public perceptions of corporate indifference, the legitimacy of business waned.

Recently, the emergence of movements such as Occupy Wall Street has largely been an outcome of disenchantment and the perceived corrosive influence of corporations in the financial services sector on government policies after the global financial crisis of 2008. The financial crisis has in effect spawned a new global order.

Throughout the 1990s, the prevailing maxim was that corporate profits superseded other considerations. As such, corporate social investment (CSI) was a peripheral public relations exercise, but there has been a paradigm shift.

Today, the business model that excites public imagination calls for state-capital alliance for the common good. There is an appreciation of the progressive role of business in partnership with the government on various development programmes, ranging from human rights to environmental obligations — it is a partnership of interdependence.

Through CSI, business is applying its considerable resources, competitive advantages and insights to social development needs that are designed to benefit society.

According to Trialogue, corporate South Africa's investment in social responsibility has grown steadily from R2-billion in 2001 to an estimated R7-billion in 2013. Unlike loan-financed development programmes with tied conditions, this investment supplements national commitments towards development without having a residual effect on the national fiscus.

Although this growth is remarkable, there is scope for optimistic disposition for improved investment.

A development framework premised on this model has mutual benefit for the government, business and communities. The growth of CSI has led to a realisation that the answers to development challenges are not in blueprints prescribed by global financial institutions, but instead on harnessing collective efforts and internal resources of government and the private sector. The facts are apparent.

The mainstream economic policy prescriptions advanced by global financial institutions institutions and the political interests they serve have largely failed — with consequences for the developing world. In the past two decades, there has been a gradual decline of development orientation as countries advance their development needs in response to their circumstances.

Development is now driven and financed by a country's internal capacity through partnerships between government, business and the community. It is increasingly becoming evident in South Africa that, without the active participation of all three partners, development initiatives are doomed to fail. For business, CSI is an attempt to convey its responsible citizenship, having realised the harmful effects of solely focusing on bottom lines.

Enlightened business is leveraging its capital muscle to contribute to poverty alleviation, fight diseases, overcome social crises and build community cohesion and much-needed infrastructure. The once overwhelming influences of global financial institutions and their auxiliary agencies on development policy in the emerging markets have subsided.

Through CSI, the business community is filling the void of foreign development finance tied to complex conditions, largely in support of government agendas such as the national development plan. Value or benefits relative to costs — and not just benefits alone — have become the preoccupation for the business-community interface. This value has to be shared.

Harvard University Business School academics Michael Porter and Mark Kramer define shared value as policies and operating procedures that enhance the competitiveness of a company, while simultaneously advancing the economic and social conditions in the communities in which it operates.

This has become one of the yardsticks against which the relevance of corporations to the national development discourse is measured. In addition to profit maximisation, it is the primary objective of corporations to identify and expand the nexus between societal and economic progress.