Ramphele: We are taking back the power 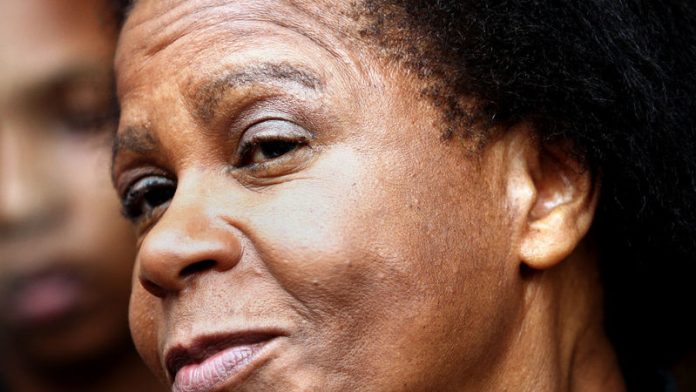 "We are being treated like school boys on a school ground with bullies … The bullies are telling us to wait and we are saying no," she said at the party's petition launch in Pimville, Soweto.

Scores of people wearing white T-shirts with the Agang emblem cheered in agreement.

The event coincided with the country's Freedom Day celebrations.

"Today as we celebrate freedom, we also renew the vows that we took to get this freedom … We are taking back the power," said Ramphele.

Agang's "Restore power to the people" petition called for citizens to be able to cast their votes in secret, and for vote bribery to stop.

It also wanted members of national and provincial Parliament who were known to the people.

"We want MP's that we know … If you don't live in Pimville, you can't be representing the people of Pimville," she said.

Those in power should be held accountable for their actions and should report back to the people they serve, said Ramphele.

She suggested that MP's hold community meetings once a month in their provinces to update the people on what they have done.

"Are you not surprised that there are no textbooks?… Imali idliwe [the money has been spent]."

She was referring to claims that some schools in the Eastern Cape and Limpopo had still not received textbooks for the 2013 academic year.

The South African Human Rights Commission is investigating the matter.

Agang called for a ban on government officials and their immediate families doing business with the state.

The petition said that government officials should publish their financial disclosure forms annually.

Ramphele said she would be practising the same transparency with her members.

Ramphele called for the protection of whistle-blowers.

She said whistle-blowing on wrong-doers should not be seen as a career killer but as a career builder.

She called for an open and honest government and said her party was taking a stand against government shortfalls.

"…You [government] have dislodged a rock called the citizens and you will be crushed, " she said.

"The people will govern this country as it has been envisaged."

Ramphele said people had been patient and had waited far too long for education, employment and basic services.

'We deserve better'
She called for an end to abuse, corruption and unaccountability in government.

"We deserve better, we deserve an economy that creates jobs, creates a good health care system … that we can be proud of," said Ramphele.

After the address, members of the nine-week old party, including Ramphele, went out into Soweto to collect signatures from the public for their petition.

"The more people we sign up, the stronger we'll be. The more citizens we get to sign, those in power will be unable to ignore us," she said. – Sapa