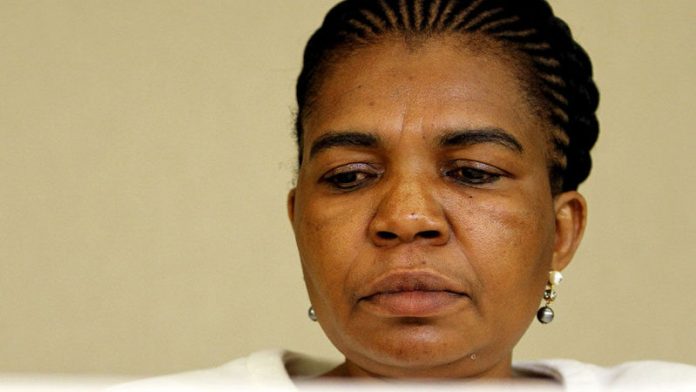 The newspaper was continuing to peddle slander and salacious rumours in what appeared to be a desperate attempt to convict Pule in the court of public opinion, said departmental spokesperson Wisani Ngobeni on Monday.

"We believe there is an attempt to convict the minister and the department in the court of public opinion. We must be careful as South Africans," he said.

Ngobeni said the department was not aware of the documents published in the Sunday Times as proof of Pule's alleged R700 000 travels to Mexico and New York with her boyfriend Phosane Mngqibisa, her personal assistant, and a deputy director general.

According to him, the Sunday Times was well aware that the department and Pule could not publicly respond to the allegations because they were being investigated by Parliament's ethics committee and the public protector.

The newspaper published what it claimed was a departmental travel form, on which Pule stated that Mngqibisa was travelling with her as a "companion".

Impropriety in Pule's department
On April 23, Sunday Times editor Phylicia Oppelt defended her investigations team against allegations made by Pule.

Pule was the subject of months worth of stories of alleged impropriety in her department by three investigators at the paper, which resulted in two official probes. On April 22, Pule said the investigators were acting on behalf of "handlers".

In a statement released that evening, Oppelt called on Pule to provide proof that the journalists were acting on behalf of “handlers” during their reportage of the minister. If the minister could not do this, Oppelt said, she should publicly apologise.

At the time, Pule said that, through a network of nameless “associates”, “family members” and “friends” of the investigative team, the journalists were being “handled” by those trying to influence a tender to supply and distribute set-top boxes, a device that converts digital broadcasts for standard televisions.

In March, the Sunday Times alleged that Mngqibisa organised the appointment of his relative, Lulama Makhoba, to the post of SABC chief executive. – Additional reporting by M&G Reporter