Sharapova and Jankovic clash promises to be a ‘feisty affair’ 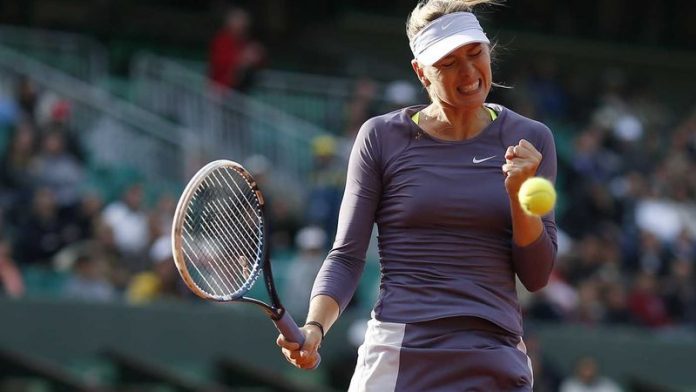 Maria Sharapova and Jelena Jankovic, who fine-tuned their fierce rivalry as youngsters uprooted from Europe to Nick Bollettieri's Florida production line, duel for a spot in the French Open semi-finals on Wednesday.

Both women were juniors at Bollettieri's with Sharapova arriving from Russia as a nine-year-old while Jankovic was 12 when she pitched up from Belgrade to work with the renowned US coach.

Both are former world number ones, but it's Sharapova who has four Grand Slam titles as well as staggering riches.

"We played against each other quite a bit in the juniors, all the time. We spent a lot of time together. We were in the same group," recalled Sharapova of her time with the Serb in the United States.

"We were playing matches and tournaments against each other. So we know each other quite well."

Uneasy relationship
Whether they are on friendly terms is another matter with the pair enduring an uneasy relationship since those childhood days, although both camps play down talk of a feud.

Sharapova goes into Wednesday's match as favourite having reached the last eight without dropping a set.

She also needs to reach Saturday's final to be sure of retaining her world number two spot.

Jankovic's only win over the Russian was on grass in the Birmingham final in 2007.

Sharapova, however, has won both their meetings at majors – at the 2004 US Open and in Australia, four years later.

But the 28-year-old Serb, a three-time semi-finalist in Paris, is one of the in-form players on clay this year, winning 18 of her 22 matches.

"She's playing much more consistently I believe than maybe she's done in the last couple of years. She's a tough opponent."

Jankovic, whose only appearance in a Grand Slam final was a runners-up spot at the 2008 US Open, will be playing in a first last-eight at a major since she reached the same stage in Paris three years ago.

But she has shown what a dangerous opponent she can be on clay by coming from a set down to beat 2010 runner-up Samantha Stosur in the third round.

"It'll be our first encounter on clay," Jankovic said.

"Maria won this tournament last year and has played very well on clay this year and last year. She's a tough opponent.

Thwarted
"I will go out there and try to play my best tennis and try to perform on a very high level."

In 2009, she lost to Dinara Safina and then to Li Na two years later.

Of all the four majors, Roland Garros has always thwarted her at the last-eight stage.

Opportunities
"There's no doubt it's always been the most challenging Grand Slam for me but I feel like I'm finally understanding what I need to do to improve on clay," Azarenka said.

The third seed has a 3-2 career lead over Kirilenko with Wednesday's clash being their first on clay.

The last of 26-year-old Kirilenko's wins, over the woman she partnered to a runners-up spot at the 2011 Australian Open women's doubles, was in 2007.

Kirilenko will be playing in her first French Open quarter-final, having made the last eight at the Australian Open in 2010 and at Wimbledon last year.

"I had some opportunities to make the quarter finals here in previous years but it didn't happen – so now I turn 26 and I've finally done it," Kirilenko said. – AFP