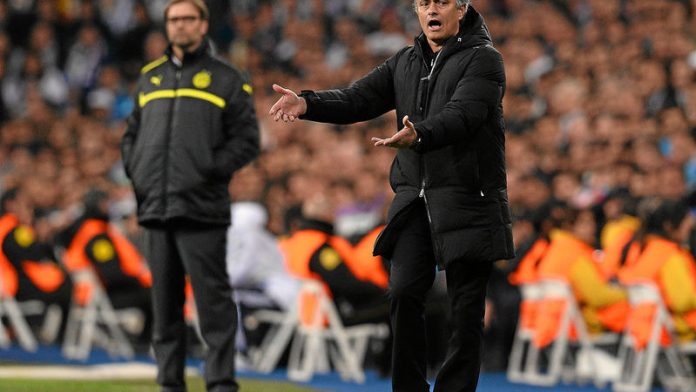 But whether or not he comes up with a soundbite to rival the endlessly quoted assertion that he was "a special one" when he first arrived, Mourinho mark II will be older, wiser and a touch greyer than the Champions League winner who swept into Stamford Bridge in 2004.

Yet he retains more than enough of that cocksure confidence to ignore the first rule of every head-over-heels romance turned sour: never go back.

When Roman Abramovich ruthlessly sacked Roberto Di Matteo many wondered where he could possibly turn next. Having expensively acquired and then sacked just about every type of manager going – from the World Cup winner to the European coaching aristocrat, from the much loved former player to the brightest young thing on the continent – his answer has been to start again at the top of the list.

Given the Russian's silence, we are never likely to know what has passed between him and Mourinho by way of rapprochement. But it seems fair to assume there has been an admission on both sides that they mishandled the events that led to the departure of the Portuguese in 2007.

It feels as though they need one another, which may temper the excesses of both – at least for a while. Mourinho wants to feel loved after his bruising sojourn at Real Madrid and Abramovich not only needs to sate his thirst for success but has also perhaps betrayed a similar need.

Though it is impossible to second guess the inscrutable Chelsea owner, he surely has no wish to recreate the rival powerbases vying for control within one club that marked the final days of the Mourinho's initial tenure.

Yet Mourinho must also give some ground. While he has been allowed to bring in his most trusted lieutenants in Rui Faria, Silvino Louro and Jose Morais, it is telling that the first-team coach Steve Holland, the goalkeeping coach Christophe Lollichon and the fitness coach Chris Jones – a core that has now survived several of the rapid managerial changes at the club – will also remain in place.

Mourinho will also have to find a way of working with Michael Emenalo, the man who has risen to become Abramovich's eyes and ears at the coaching ground.

He will find a very different club to the one he left. It has a much longer honours list but has also been robbed of some of the exuberance brought on by that first flush of Abramovich's money and the belief he imbued in a group of then largely ungarlanded players.

Some of the faces will be familiar, many will have changed. In the former camp, it will be intriguing to see how he handles the politics surrounding his one-time rock-solid spine of Peter Cech, John Terry and Frank Lampard.

Andre Villas-Boas was brought in to begin the job of refreshing the team that Jose built but soon departed ignominiously. Di Matteo returned to the core to land the European Cup and in his brief tenure Rafael Benitez once again tentatively began the task of renewal.

Cech may start to feel the widely praised Thibaut Courtois, parked on loan at Atletico Madrid, breathing down his neck. The once impregnable Terry is regularly afflicted by injury, while Lampard has earned a new contract through sheer force of will but is no longer the first name on the team sheet.

Among the new faces, the immediate challenge must be to blend a group of players, expensively acquired for a manager who then spurned Abramovich's advances, to his will.

Juan Mata, Eden Hazard, Oscar – the "three musketeers" bought to match Abramovich's yearning for a style to match Barcelona's – might as well have come with a gift tag saying "To Pep, Love Roman". Nor does the record signing of Fernando Torres fit the normal Mourinho template.

It would not be a huge surprise if one of Mourinho's priorities was a ball-winning midfielder and a muscular striker. He will have noted that, for all its expense and talent, Chelsea's overworked squad looked more than a little uneven and threadbare by the end of the season.

The bizarre reign of Benitez may have been destabilising in many ways – not least for the bond between supporters, board and owner – but in the final analysis it will be judged a qualified success by Abramovich and the Spaniard. Unlike Benitez, Mourinho will have no problem securing the backing of the Chelsea faithful.

The odds on Mourinho making it to the end of his four-year contract must be long. But with bookmakers paying out on the once unlikely prospect of him returning to Stamford Bridge at all, nothing can be ruled out. Yet the smart money must be on a rollercoaster ride that takes in significant silverware before spectacularly derailing with serious collateral damage.

The professed aims of stability, youth development and profitability appear almost as far away as ever. But it is a deal most Chelsea fans are only too happy to sign up for. – © Guardian News & Media 2013