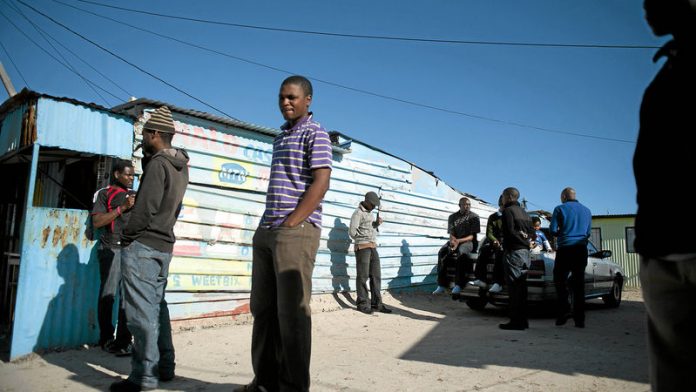 The Democratic Alliance remains convinced that the youth wage subsidy "can really help to defuse the [unemployment] bomb". So much so that it has "promised" to implement it in Gauteng if it wins there in 2014. Should Gauteng residents look forward to this prospect?

The most recent evidence on wage subsidies is summarised in the World Bank's 2013 Development Report. The report reflects an ongoing shift in academia away from wage subsidies and concludes that the "aggregate employment effects are hence low at best". Why has the World Bank lost its enthusiasm for wage subsidies? What lessons are there for South Africa to learn?

The report begins by noting: "Wage subsidies work best when they are targeted to particular groups, such as young people who need an opportunity to demonstrate their skills, or the long-term unemployed who are at risk of suffering 'scarring' effects."

So far, so good. Unfortunately, it continues: "But many studies show that they often do not have their intended effect of creating new jobs in a cost-effective fashion."

The World Bank provides three reasons for this:
• "The real costs of wage subsidies are often hard to calculate; the direct toll on the public purse is only part of the story";
• "To access the subsidies, firms might replace ineligible workers with eligible ones or dismiss and then hire the same worker under the subsidy programme"; and
• "If firms would have hired anyway, the employment effect of a subsidy is zero."

At this point the World Bank is sounding an awful lot like trade union federation Cosatu. The report says that improvements in programme design can moderate the incentive facing firms to replace "ineligible workers with eligible ones" in order to access the subsidy. However, regardless of programme design, many of the subsidised jobs (25% to 50% in the case of Turkey, which they mention) will still be created even without a subsidy.

Job creation
The World Bank concludes by noting that the best-case scenario for a wage subsidy is that relatively few new jobs will be created. According to the bank: "Proper cost accounting can reduce the estimated employment impact of wage subsidies by up to 90%. Aggregate employment effects are hence low at best." This means that wage subsidies are not, according to the report, effective in creating new jobs. They may still be useful in getting some of the target group (for example, youth in South Africa's case) employed ahead of others.

The report does not discard wage subsidies entirely. Current policy tends to repackage them as accessories to serious training schemes, together called "labour market programmes". The report provides three examples of relatively effective labour market programmes. What part the subsidy played in each example, or the impact of the programme on economy-wide employment, is not always clear.

The first example provided is the jóvenes programmes in Latin America. They aim to reduce unemployment for a select group by providing short-term semi-skilled training in occupations demanded by the private sector. The programme generally consists of two components: training classes, and a subsidised internship, which provides on-the-job training. Its success in getting the target group employed ahead of others was, in several countries, uneven and reliant on well-tailored training programmes driven by private sector needs. Overall, new jobs were created only when the economy was already growing rapidly.

The second example is from Morocco, which had a programme aimed at giving unemployed graduates a chance to acquire relevant experience through a subsidised paid internship of up to 24 months. This was coupled with two additional programmes: one that provided certified training, and another that gave loans to unemployed individuals who wanted to start their own business. The development report only notes that the programme "effectively eased labour market entry". The evidence on the paid internship component is mixed, according to the main World Bank evaluation of the programme.

The third example is from Argentina. Wage subsidies were given to employers if they hired former participants of large public-works programmes. The subsidy was helpful in getting some of the target group employed because they searched harder for jobs and being perceived as more trustworthy by employers. It is worth noting that, according to the World Bank evaluation, the programme "did not succeed in achieving a major transition to private sector jobs". "Take-up" by employers was low, owing to insufficient labour demand.

Lessons
What can we learn from this evidence? First, claims that wage subsidies will create new jobs should be greeted with caution. As the World Bank notes, some firms are likely to replace ineligible workers with eligible ones; some firms would have hired anyway; and without labour demand coming from robust economic growth, subsidies do not appear to create new jobs.

Second, it appears that a key mechanism in the relative effectiveness of certain labour market programmes is well-run in-class and workplace training that is tailored to meet the skills needs of the private sector. The importance of training in employment outcomes is not surprising, given that economies everywhere are demanding a skilled, productive and educated workforce. In practice, successful training and internship schemes are difficult to pull off, as South Africa knows from the troubled performance with the sector education and training authority (Seta) programmes.

In South Africa's case, the treasury estimates that 133 000 new jobs lasting longer than six months will be created by a youth wage subsidy aimed at those between 18 and 28 years old. If the World Bank's evaluation is anything to go by, this number could, in practice, be reduced by up to 90%. Absolutely no mandatory training is provided. Instead, the subsidy encourages the churning of labour, rather than investing in it.

A serious employment plan has the central challenge of needing to nearly double South Africa's rates of private and public investment. Though the national development plan shares this aim, it provides next to no detail about how this could be achieved. For a bold investment strategy to be realised, far-reaching changes to current levels of savings, consumption, and tax revenue or borrowing would need to take place.

This is necessary in order to accommodate a substantially larger share of output being shifted away from present consumption and into investment. Given how unequal South Africa is, capital broadening is central to expanding private sector investment. Capital broadening creates capital that is shared (public goods and services), and can have a dramatic effect on costs, government revenue, the market size and productivity, as has been the case in China.

Infrastructure spending, however, remains highly skewed in South Africa. According to the 2013 budget, electricity and liquid fuels will take up the majority (62%) of government's "mega project" infrastructure spending under consideration until 2023. In contrast, education, health, telecommunications and human settlements account for only 11%.

Should Gauteng residents look forward to the prospect of wage subsidies being implemented? It appears not. The evidence indicates that wage subsidies rarely create new jobs. Where does this leave those who continue to advocate tirelessly for them? Fishing in the wrong pond.

Ilan Strauss works as an independent consultant for the United Nations Economic Commission for Africa and as a research assistant at Vale Columbia University Centre on Sustainable International Investment. Follow @Ilanstrauss