Is institutional autonomy a myth? 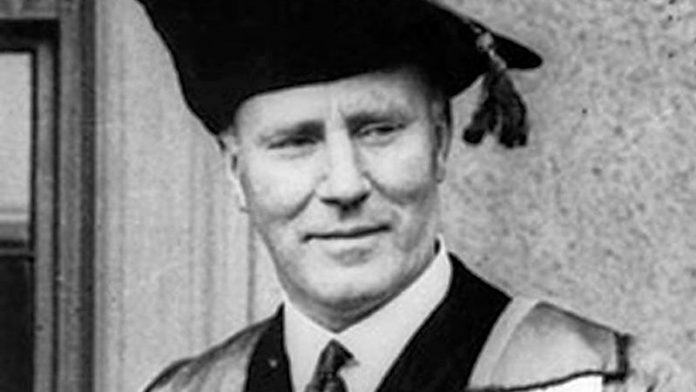 Unravelling apartheid's legacies necessitates confronting our historical predicaments. If we are to create a properly post-apartheid university, we cannot flinch at the pitfalls.

I wish to underscore two observations as a rejoinder to some of the concerns that were raised in last month's Getting Ahead (May 3) in response to my article a few weeks earlier, "Decolonising the humanities" (Mail & Guardian, April 5).

First, I expressed concern in my article that some of us tend to talk about the problem of the humanities and social sciences in South Africa as if it was the same problem that confronts humanities and social sciences scholars everywhere — and I am mindful that when we say "globally", we are usually referring to its current fate in Western Europe and the United States.

This is not to say that we do not share all of the issues that are confronted by colleagues globally: the pressures of the market; the shaping of research agendas by externally imposed public and private funding priorities; universalising access for excluded and subaltern groups; and political arrangements of freedoms and rights that are often contentious, depending for whose benefit and in whose interests they work for.

We can take it for granted that these are relations of power that critical scholars everywhere have to negotiate. But each one of us confronts these global challenges from a vantage point geographically and ideologically embedded in particular histories and problems. This should inflect how we understand the problem and formulate solutions. It also implies that we might better compare ourselves with parts of the world that have also had a colonial past and with whom we have more in common today.

My second concern is amplified by two of the responses in the May 3 Getting Ahead, headlined "Recolonising the humanities?" and "Humanities row displays bad 'form'". In these, the writers cast themselves in the role of brave knights fighting giants, demanding a stand-off between those on the side of academic freedom and autonomy in one corner, jousting with the giant of government interference and its ­collaborators in the other.

I don't doubt their good will, but they are caricaturing a complex drama by casting for only two roles in the story. And like Cervantes's Don Quixote, they may in fact be tilting at windmills. These critics drew approvingly on the Council on Higher Education's 2008 Report on Academic Freedom, Institutional Autonomy and Public Accountability in South Africa, so I reread it.

I found the report less quixotic than they, but illuminating nonetheless. It explains how English-medium white universities resolved their compromise with apartheid by conflating academic freedom with institutional autonomy. This was embodied in the dominant oppositional interpretation of academic freedom, derived from former University of Cape Town vice-chancellor TB Davie, that held sway at historically white, English-speaking universities.

As the report notes: "While before 1994, the TB Davie formulation enjoyed great political currency as a 'categorical and unqualified assertion' in anti-apartheid circles, every claim made in its name took place in a country in which all forms of education had been corroded by the ideology of race. Although the open universities confronted the state on the issue of racial admissions and staffing, other aspects of their relationship with the apartheid state went largely unaffected.

"This compromised outcome can be explained in large part, in the [Council on Higher Education] task team's view that, by the conflation of the concepts of academic freedom and institutional autonomy, by directing their attention solely towards external threats to their institutional autonomy, the English-medium universities neglected (or ignored) many internally generated compromises over their academic freedom.

The Council on Higher Education report questions the biography of some universities that present themselves as the privileged inheritors and guardians of academic freedom and autonomy. Being a white university under apartheid within the liberal tradition always already meant making compromises and accommodations with the apartheid state's racial and ethnic project. The report required a new, contextualised conception of academic freedom and autonomy appropriate to being post-apartheid, because inherited traditions of rights and freedoms were stained.

A threat to academic freedom was not only a matter of potential external interference, but could also derive from within universities that were resistant to, among other things, reforming their curriculum, the report also warned. "Academic freedom in the contemporary South African higher-education context is threatened by unreformed institutional cultures, taking such forms as 'inscribed racism and xenophobia, lip service to transformation of faculty and unreformed curricula'," the report noted.

"Where academic freedom articulates with social context, it is self-evident that its responsible exercise cannot perpetuate these."

Invoking the conflicted history of academic freedom north of the Limpopo does not negate the importance of academic practices responsive to their context. The contemporary past of the politics of transforming higher education elsewhere in Africa is instructive, but does not suggest inevitability or determination.

If we all agree that we need a reinvigorated humanities and social sciences, we would be remiss in not acknowledging, debating and encouraging critical scholarship on how exactly colonialism, settler colonialism and apartheid have shaped the modern university in Africa — its core concepts, its rituals, its conceptions of autonomy, its disciplines and intellectual traditions, its lingua franca, and the knowledge it has produced and continues to produce and transmit.

I am disheartened, however, that some of our most senior scholars still need to be persuaded that these are worthy questions to ask. Is it because they have turned a strategic disposition cultivated against the apartheid state into an orthodoxy that has become its own virtue?