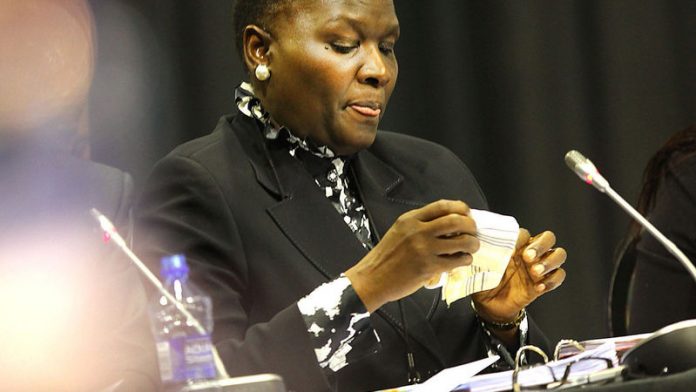 "Did you notice the change in language?" asked the commission's chairperson, retired judge Ian Farlam on Tuesday.

Phiyega responded: "For the external statement to the public, we were trying to avoid being too specific … "

Farlam was referring to an internal police statement sent to President Jacob Zuma and a media statement Phiyega made after the police shot dead 34 striking miners while trying to disperse them on August 16.

Farlam said in the statement sent to Zuma, Phiyega had pointed out the two scenes where protesters were shot, but had mentioned only one scene in the media statement.

Phiyega said when she made the public statement the numbers and other information were not known.

"The internal one, we knew it was internal," she said.

Asked whether she had noticed the differences between the statements before she addressed the media, Phiyega said: "Judge, they were not simple statements.

"This one [the media statement], I knew that I was facing the world and I actually needed to be even more cautious in terms of how I put my language."

Phiyega said the internal statement needed to inform Zuma what was happening, so he could decide whether to return from Mozambique.

Farlam said she was not answering his question of who was responsible for the differences.

She responded: "At the end of the day, judge, I read the statement … I had to say I am comfortable with the statement as it was written."

Farlam responded: "Your statements were misleading the public into thinking that what they saw on the TV at scene one was the end of the killings … The responsibility of that misleading is yours?"

"Judge, I do not think there was never an intention of misleading anyone," said Phiyega.

Phiyega wrapped up her evidence at the commission on Tuesday afternoon.

The commission is probing the circumstances surrounding the deaths of 44 people during an unprotected strike at Lonmin Platinum's mine in Marikana, North West, in August.

The hearing resumes on Thursday. – Sapa