Edward Snowden, Prism, and the privacy we never had 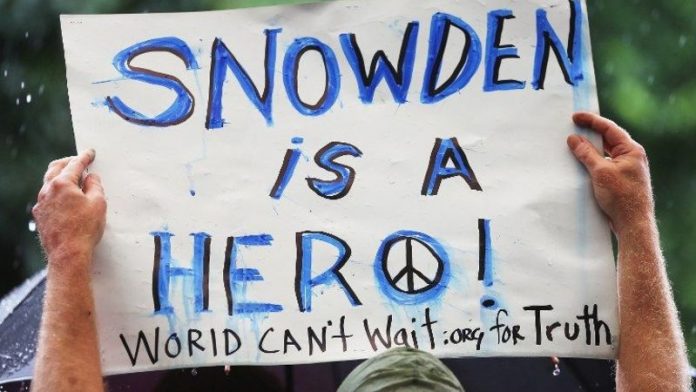 The next time someone tells you that Big Data will improve your life, hit them over the head with an iPad. Hard. On Monday, a geek with a conscience was hiding out in a Hong Kong hotel, having spilled the bytes on how the United States government collects and sifts through information on potential threats to its national security. The news isn’t good, whether you happen to be an American or not.

If you are a law-abiding citizen, we are told, we have nothing to hide. But one man’s law is another man’s draconian pronouncement from on high. Soon, governments will be able to protect their power using the predictive capabilities of Big Data – in other words, they will be able to police the future. How is the average citizen supposed to determine his or her own life when some entity has run all the possible variables, and eliminated the paths to those it doesn’t like?

Big Data, at its worst, revives a brand of fatalism that medieval serfs would have known all too well. Agency is on the chopping block, unless that agency happens to be of the central intelligence kind. "If we hold people responsible for predicted future acts, ones they may never commit," write Viktor Mayer-Schönberger and Kenneth Cukier, the authors of Big Data: A Revolution That Will Transform How We Live, Work, and Think, "we also deny that humans have a capacity for moral choice".

Let’s back up a bit. Last week, a young data analyst named Edward Snowden revealed a cache of documents he’d swiped from his work as a National Security Agency (NSA) contractor to two Guardian reporters and a documentary filmmaker. Snowden, a vaguely dorky fellow from North Carolina who once tried out for the Special Forces, was a computer whizz – the Spartans of the new data-war era. The work of data-mining is so specific and so high tech that the US government agencies have to get outside help to maintain programs like the highly secretive Prism which, according to the Guardian, "gives the US government access to a vast quantity of emails, chat logs and other data directly from the servers of nine internet companies. These include Google, Facebook, Microsoft, Yahoo, AOL and Apple. The companies mentioned have all denied knowledge of or participation in the programme."

Edward Snowden claims he earned upwards of $200 000 a year working for Booz Allen Hamilton as a computer systems administrator (the company claims his package was $122 000), where he had top-secret clearance and access to an astonishing amount of sensitive information. The problem with putting really smart people in positions like this is that they may, at some point, start thinking for themselves. Snowden certainly did, and what he saw troubled his conscience. He figured that Obama’s administration would change all the horrendous crap he saw during the Bush years. But that never happened. "I had been looking for leaders," he told the Guardian, "but I realised that leadership is about being the first to act."

So Edward Snowden has become another of history’s great whistleblowers – an individual whose revelations could potentially alter the course of the already mentioned history. How big are the NSA secrets? No one knows quite yet, but the Guardian journos believe that there are over a dozen front-page headlines lurking in those files. As it is, Snowden has revealed how seriously governments take the data mining they now feel is essential to their existence.

Two things. Most folks see the intrusiveness of the US government in cyberspace and the digital sphere as an intrusion on their personal privacy. This isn’t properly the case. The Snowdens of the world don’t sniff through our inboxes looking for dirty secrets. Instead, they crunch tens of millions of bits of data to look for patterns, to predict and therefore prevent acts of aggression. These institutions build models of perceived reality, and we all have to live inside them, damn the consequences. Most of us have nothing to hide in the conventional sense of the term – we aren’t planning terrorist attacks or to crash the financial system. But we certainly don’t want our policing or our tax system to change based on what data models suggest is inevitable.

Humans are tricky beasts. We move in herds but we don’t like the idea of them. Which is why Big Data is simultaneously helpful and harmful – it predicts what we might do while denying us the possibility of doing it. It removes elements of choice, which denudes us of our morality.

Which would all be bad enough. But we have the privacy issue all turned around. The issue isn’t our privacy, but that of our respective governments. They’ve got it too good. In the wake of 9/11, governments all over world have become significantly less revelatory when it comes to how they operate. The balance is completely out of whack – everything has become a security issue, too sensitive to share with citizens. What’s more, we can’t trust the private companies we give money to. As the Big Data authors note, "The ability to capture personal data is often built deep into the tools we use every day, from Web sites to smartphone apps." Any legal understanding of what we’ve gotten ourselves into jogs miles behind the technology.

"I don't want to live in a society that does these sort of things," Edward Snowden has said. "I do not want to live in a world where everything I do and say is recorded." Increasingly, we’re made aware that everything we do is shovelled into a big data pit, and used to design our future. This isn’t good enough. We have to figure out where the line is drawn – where we sacrifice a smidgeon of safety for our civil liberties, for being able to hold our governments accountable. This will end up being the battle of the 21st century. It’s well underway.

So don’t mistake Snowden for a martyr, although that seems to be how he’d like to be understood. Think of him as a rogue warrior. One who has drawn some serious blood.

This story was originally published on the Daily Maverick.