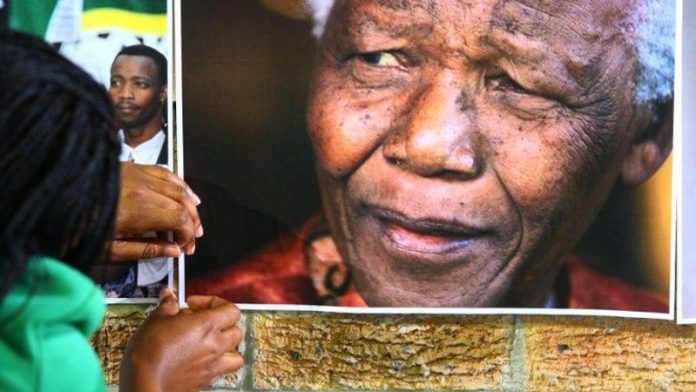 Former president Nelson Mandela's condition stabilised overnight, the government said on Thursday, as US leader Barack Obama hailed him as a hero whose legacy would endure.

The presidency said in a statement: "He remains critical, but is now stable.

"President Jacob Zuma visited former president Nelson Mandela in hospital in Pretoria today, June 27, and was informed by the medical team that Madiba's condition has improved during the course of the night."

Zuma added: "I cancelled my visit to Mozambique today so that I can see him and confer with the doctors. He is much better today than he was when I saw him last night."

The presidency's update contrasted with earlier remarks by Mandela's eldest daughter to SABC television, that the family was living in great uncertainty.

"I'm not going to lie. He does not look good," Makaziwe Mandela said, but added that she last saw her father on Wednesday.

"I can reiterate that Tata is very critical, that anything is imminent, but I want to emphasise again that it is only God who knows when the time to go is."

She said the family drew hope from signs that South Africa's liberation icon, who was on life-support, was still trying to respond to their presence.

"But I think that for us, as his children and grandchildren, we still have this hope, because when we talk to him, he'd flutter trying to open his eyes.

'Personal hero'
​Obama, speaking in Senegal, described Mandela as both a personal and a global hero, AFP reported.

"He is a personal hero. I think he is a hero for the world, and if and when he passes from this place, one thing I think we all know is that his legacy is one that will linger on throughout the ages," said the US president, who is due in South Africa on Friday.

In Pretoria, the Mandela family again thanked the well-wishers who placed cards and flowers outside the hospital where Mandela was admitted on June 8 with a recurring lung infection.

His grandson told Eyewitness News the family was praying that the 94-year-old Mandela's pain be eased.

"We pray he may be eased in pain so that he doesn't experience much pain. But we hope for [a] smooth recovery for him," Mandla Mandela said.

"We, as a family, as South Africans and [the] global community, we'll continue praying for him and hoping for the best."

He said the family was "humbled" by the prayers for Mandela.

She likened them to vultures.

She said the foreign media contingent camped outside the hospital failed to respect African custom and the family's feelings.

"There is an element of racism to their attitude," she said.

"It is like, truly, vultures waiting when the lion has devoured the buffalo, waiting there, you know, for the last carcasses. That is the image that we have as a family," she told SABC television.

"It is very crass. The fact that my dad is a global icon, one of the 25 most influential people of the 20th century, does not mean that people cannot respect the privacy and dignity of my dad.

"And, I don't want to say this, but I am going to say it: there is sort of a racist element with many of the foreign media where they just cross boundaries."

"We knew we were coming this way and so we wanted to stop and leave flowers for Mr Mandela," said Lizette Muller, who was on her way to the Grahamstown Festival from Durban with her three-year-old daughter Elizabeth.

"We couldn't find any flowers in Mthatha, and so we stopped at the Ultra City garage and picked some wild flowers, which we left at the rocks at the entrance of the house."

Earlier, a mother and her son stopped at the house to give a bouquet of white flowers to the guard on duty at the entrance.

Journalists from around the world have parked their vehicles along the N2 highway outside Mandela's house; they filed copy and did live television and radio crossings throughout Thursday.

Residents of Qunu have gone about their day as normal. One group of boys took their makeshift go-cart for a spin down a dirt road near Mandela's house.

Others herded goats and sheep across the N2 highway.

In the Qunu community centre, a team of tourism officials registered locals to take part in a "home stay" project for tourists.

Road construction workers have been working day and night in the past weeks to upgrade the N2 around Mandela's home. – Sapa