Jason Larkin: Up and down in the dumps 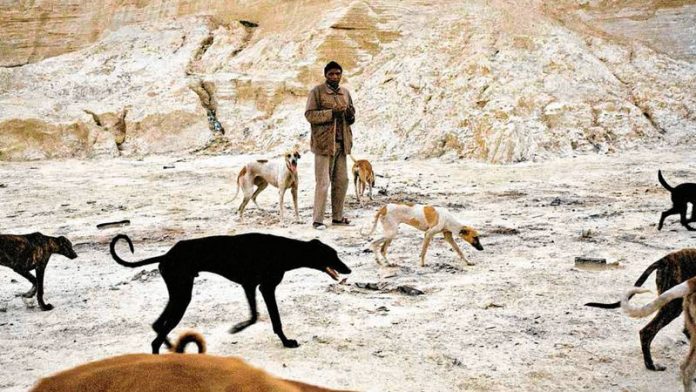 Here is an edited extract of the essay by Mara Kardas-Nelson, which accompanies the publication.

There is no Johannesburg without mine dumps.

Fly over the city, and you see them everywhere: next to Soccer City, near the city centre, snuggled next to China Mall, and out in the hinterland beside the city’s few remaining farms. But they are not necessarily here to stay.

Many have been dormant for years. Determined little green spots cling to the tops of some, others are barren, the tallest among them standing proudly against the skyline, passive monoliths watching quietly over the city.

Sandboarders use the dumps as an inner-city playground, claiming that the fine consistency of their dust makes them a better ride than even the famous dunes of Namibia. Religious adherents seek peace and quiet here.

More importantly, many poor and vulnerable people have made their homes around these dunes. Nearly two million people live on or near the six billion tonnes of mine waste contained in the city’s hundreds of dumps.

In one settlement, a handful of lonely shacks stands between two enormous mine dumps in the middle of Johannesburg’s city centre. The residents, a group of men, were moved there from the city’s hostels when violence broke out between Inkatha Freedom Party and African National Congress supporters in the lead-up to the first democratic elections. They have never left.

One enterprising resident makes money by allowing a wealthy man to keep his hunting dogs in a small pen next to his shack. Much to his neighbours’ chagrin, he lets the dogs roam freely on the dump, exercising them between their weekend hunting jaunts.

As in many of the city’s informal settlements, residents are largely left to their own devices. There is scant electricity here, and a toilet or two serves a group of people.

“The dust is the problem,” says Patience Mmpuagabo in the township of Kagiso, situated next to a dump on Main Reef Road. “It gets all over the house and the kids get sick from it. They cough a lot … I have asthma.’

It’s always the dust. Or the sinkholes, or the shaking, or the polluted water.

One mother says that her son’s autism is directly linked to polluted water from the mines near her house. Those on the farms and in the townships and informal settlements that line Main Reef Road report lung and eye infections, kidney failure, birth defects and cancer. Some farmers and game park owners say that their animals have spontaneously miscarried. All blame contaminated water and air.

As yet, none of these claims has been definitively tied to mine waste. Still, environmentalists say that the only way to ensure adequate protection of humans and the environment is to remove the dumps once and for all — ironically presenting a beautiful win-win for companies interested in making money through remining the dumps.

And there is money to be made. Technological advances now make it possible for precious metals to be extracted from the dust. In doing so, mining companies also remove them, thus simultaneously claiming environmental cleanup and the protection of public health while making a buck. Already, since 2005, 40% of the country’s tailings dams have disappeared.

Some companies have made unlikely alliances with environmental groups, funding their educational and advocacy work on the potential health and environmental problems the dumps pose. Communities are then mobilised to support mine-dump removal, clearing the way for companies to remine the tailings.

But arguments have erupted between housing and environmental activists. When environmentalists cried foul at government plans to build RDP houses in Tudor Shaft, the site of a dam contaminated with mine waste — and considered radioactive — they were threatened with violence by the community. People wait years to be allocated an RDP house. The potential threat of cancer is simply not as urgent as the question of where they will live in the coming weeks, months and years.

While residents of informal settlements are caught in the middle of such situations, mining companies are offered another win-win. With environmental and health concerns increasingly in the public consciousness, mining companies can now cite safety concerns when either prompting the government to evict residents, and/or benefiting from the evictions when the government is forced to step in and remove residents.

Once settlements are cleared, the dumps can be remined, with the government footing the bill for relocation costs.

But all of the debates and finger pointing notwithstanding, if things go as planned, the mine dumps as we currently know them will continue to disappear, their contents remined and the waste moved to ‘superdumps’ on the outskirts of the city.

Thus Johannesburg’s future will continue to be shaped by its mining history.

The wayward superdumps that are appearing today may yet become the city’s mountains of tomorrow.

After the Mines, published by Fourthwall Books, will be launched at Edition at 44 Stanley on Saturday, July 6 from 12pm.  A mine dumps tour, limited to 26 people, will be held on July 7, from 9am to 1pm, and will be led by Mariette Liefferink and Jason Larkin. For more information email [email protected]