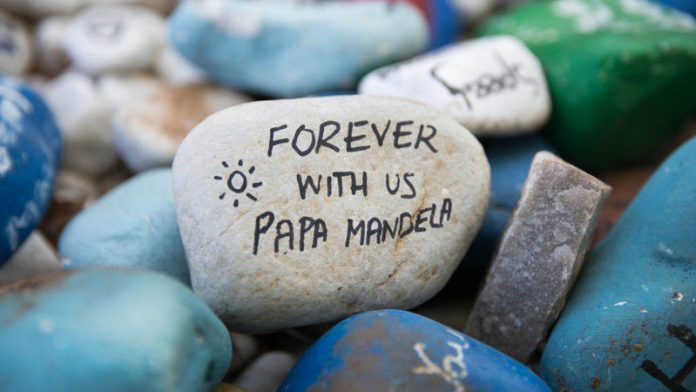 Doctors treating former president Nelson Mandela have denied that he is in a vegetative state, the presidency said on Thursday.

"We confirm our earlier statement released this afternoon after President Jacob Zuma visited Madiba in hospital that Madiba remains in a critical, but stable condition," spokesperson Mac Maharaj said in a statement.

He said Mandela was under the care of a "multi-disciplinary" panel of medical experts drawn from the SA Military Health Services, the public and private sectors and universities.

"Under this panel, a team of doctors, nurses, paramedics and other health professionals attend to Madiba on a 24-hour basis."

The statement from the presidency came after court documents surfaced stating that Mandela was in a "permanent vegetative state" and that his family had been advised to turn off his life support machine.

In a certificate of urgency submitted to the Eastern Cape High Court, an advocate for the Mandela family said he had been advised by his instructing attorney that Mandela's condition had "taken a turn for the worst [sic] and that the Mandela family have been advised by the medical practitioners that his life support machines should be switched off".

The document added that "Rather than prolonging his suffering the Mandela family is exploring this option as a very real probability."

Some media have reportedly seen copies of the certificate, dated June 27.

'Real and substantial grounds'
The document was attributed to David Smith, an advocate representing 15 members of the Mandela family in a court case against Mandela's grandson, Mandla Mandela.

In the document, Smith described Mandela's health as perilous, saying that he was on life support.

"Affidavits will be provided, at the hearing of this application, from his treating physicians that he is in a permanent vegetative state and is assisted in breathing by a life support machine," the document said.

"The anticipation of his impending death is based on real and substantial grounds."

A later version of the document filed in the court omitted the paragraphs referring to Mandela's "vegetative state" and the advice by physicians to take Mandela off life support.

A lawyer for the Mandela family later said the original certificate of urgency was "merely a submission outside of court".

"To the extent there is speculation, a certificate of urgency was filed in terms of the practise of our court," said Wesley Hayes, who represented the family in the dispute with Mandla about the graves of Madiba’s deceased children.

"The certificate is not evidence, but merely submissions on why a matter should be heard outside ordinary court sittings,” said Hayes.

Grave matters
He added that the ruling on the urgency of the matter had been made "in camera" and that this "would extend to the contents of the certificate of urgency".

On Wednesday, the Eastern Cape High Court ordered Mandla to return the remains of his grandfather's three children from Mvezo to Qunu, where he moved them in 2011.

The bones were re-buried at a ceremony at a gravesite at Nelson Mandela's home in Qunu on Thursday afternoon.– Sapa