SAA employees to embark on strike over wages 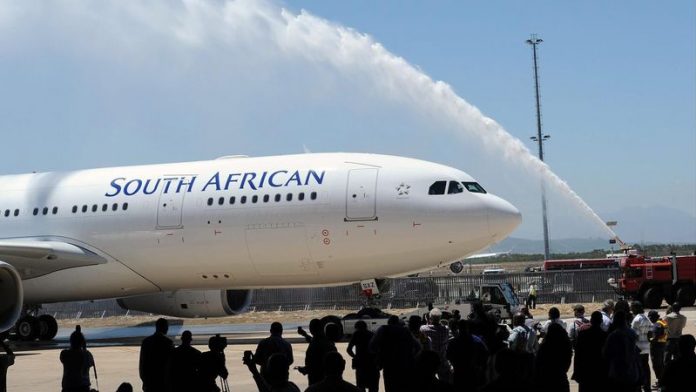 "This … recalcitrant management of SAA has unilaterally implemented their rejected initial offer of 6.23% of basic salary and all other benefits while the negotiations were still ongoing," he said.

He said last week unions put the strike on hold after SAA offered a 6.5% increase across the board, with all benefits.

Workers were considering the latest offer when the airline put into effect the rejected amount, he said.

Masoga said workers had reverted to their initial demand of an 8.33% increase in salary, housing allowance, medical aid and meal allowance.

SAA spokesperson Dileseng Koetle said Satawu had intended continuing the strike, despite its understanding with the airline last week. She said it had reverted its demands prior to the deadlock in conciliation at the Commission for Conciliation, Mediation and Arbitration.

"This is despite parties having agreed in principle to the 6.5% across the board offer, subject to all parties obtaining a further mandate on this offer," Koetle said.

"SAA is of the view that Satawu is deliberately misrepresenting facts with the intention of misleading its members and inciting a section of the airline's employees to embark on the strike action on matters that are not relating to the wage negotiation process."

'Misunderstanding and miscommunication'
She said should an agreement be reached on the offer, employees would receive the difference between the 6.23% increase and the 6.5% increase across the board, at the next pay date.

"The misunderstanding and miscommunication presented by Satawu is regrettable, particularly pertaining to the bulk of employees who have indicated their willingness to accept the above offer," Koetle said.

"Despite Satawu's regrettable intention, SAA will monitor the situation and should the need arise; the airline will activate its contingency plans in order to ensure business continuity."

She said these measures would be there to try and "avoid causing inconvenience to customers and passengers".

Masoga also claimed the SAA was treating workers unfairly, and gave preferential treatment to pilots. He said SAA pilots had an "evergreen" agreement that awarded them a 15% increase and segregated hotel accommodation, as "pilots refuse to stay on the same floor with cabin crew".

"Our biggest concern is that this kind of a set-up perpetuates racial inequalities as 98% of the SAA pilots are white and there seems to be no space at all for new entrants." – Sapa