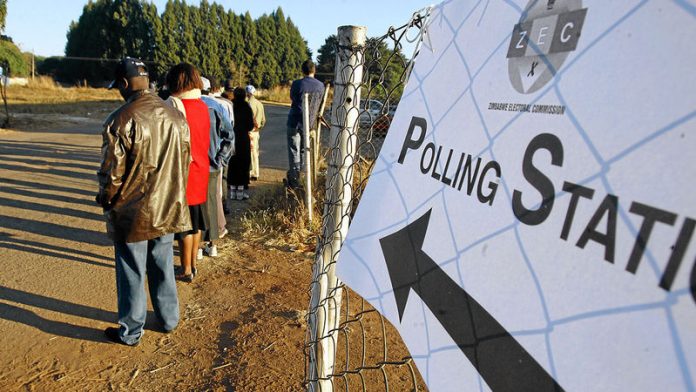 The involvement of Israeli company Nikuv in the election process is again under scrutiny after the Movement for Democratic Change (MDC) wrote to the registrar general’s office demanding that its contract be terminated.

The MDC said Nikuv had been involved in tampering with the voters’ roll.

It has also emerged that former home affairs minister Dumiso Dabengwa, who is now a member of the opposition, knew the tender was awarded to Nikuv.

The circumstances under which the Nikuv tender was awarded is now being questioned.

Dabengwa left Zanu-PF in 2008. He later revived the Zimbabwe African People’s Union (Zapu), which he now heads. Zapu is now in a coalition for the election with Welshman Ncube’s MDC.

Asked for clarity on the Nikuv tender, Dabengwa confirmed that Nikuv was hired in 2000 when he was a minister “to specifically upgrade the computers for the purposes of computerising the central registry, birth certificates, passports and national identity documents”.

Voting cards
“The only time they [Nikuv] attempted to get involved in electoral processes was when they recommended in 2000 that they would want to introduce voting cards for people, which would last for four elections,” Dabengwa said.

However, the government had not adopted the proposal. “If ever they were then later used for other electoral processes by the state, that is not to my knowledge.”

The MDC letter was written by the party’s secretary general, Tendai Biti, to the registrar general’s office, and hand-delivered last weekend. It was also copied to the Zimbabwe Electoral Commission, Justice Minister Patrick Chinamasa and home affairs ministers.

The party said it was “concerned about electoral fraud [by Nikuv] through manipulation of the ­voters’ roll, and the issuing of multiple national identity cards to individuals that would then allow them to vote twice”.

Nikuv, which has previously been investigated before by the Mail & Guardian over allegations of its involvement in election rigging in the region, is registered as Nikuv International Projects, and has been managing Zimbabwe’s voters’ roll since 1994, when it was controversially awarded a tender to upgrade the computer systems at the registrar general’s office.

There have also been allegations that Nikuv, which is headquartered in Herzliya, Tel Aviv, is a front for Israeli intelligence.

But Nikuv has denied the allegations, saying it is being pulled into the “dirty mud that comes with the holding of elections”.

Asher said: “It is election time and people are trying to throw mud from this side and the other side. We are legitimate and professional. We have never been involved in any politics, not now or ever.”

He said that Nikuv works with public sectors across the world, but declined to say which government bodies it works with in Zimbabwe.

“Approach our customers and look on our website,” he said.

The website says that the company was established in 1994 by a group of professionals with an accumulated experience of 45 years in the field of population registration and electoral systems in Israel.

Nikuv's electoral sevices
The electoral service it provides includes voter registration, ward demarcation, the creation and printing of the voters’ roll by polling ­stations, a central information ­centre and the management of election results.

A senior Cabinet minister who asked to remain anonymous told the M&G last month that Nikuv has been operating in Zimbabwe for more than 10 years and is mainly based at the National Registration Bureau, located in Borrowdale, Harare, next to the army headquarters.

The bureau is the national civic registration centre and falls under the registrar general’s office.

However, in a July 15 letter addressed to Biti, which the M&G has seen, Mudede denied that Nikuv is in a position to manipulate the voters’ roll.

“Nikuv has no control over our voters’ roll. The mandate to register voters and compile the voters’ roll rests with the registrar of voters.”

MDC's demands
In the letter to the registrar, the MDC also wanted to know whether Nikuv was hired after an open tender process.

The MDC demanded that the registrar general also inform it if Nikuv has indeed been working on the voters’ roll, the tender numbers and details, and the extent of its work and what projects the company has completed.

A source within the prime minister’s office told the M&G that the party is now considering taking the matter to court before the elections to seek an order to bar Nikuv from the electoral processes.

“I did receive some information way back in 2000 that there was a Israeli company involved in electoral processes in the country, [but] it never occurred to me at that stage that it was Nikuv,” he said.

RAU interdicted
Meanwhile, the Zimbabwe High Court on Wednesday interdicted nongovernmental organisation Research and Advocacy Unit (RAU) from launching and publishing its full analysis of the voters’ roll at a Harare hotel on Wednesday.

Judge Joseph Mafusire upheld an urgent application by Mudede that claimed that RAU is attempting to usurp the constitutional powers of the registrar general’s office and intends to cause “chaos and anarchy within our electoral system”.

In a preliminary report covered by the M&G two weeks ago, the RAU asserted that a million Zimbabweans who are dead or have left the country are still on the voters roll; that the roll lists 116 000 people older than 100; that there are 78 constituencies with more registered voters than adult residents; and that two million voters under the age of 30 are unregistered.

In a written response, Zimbabwe Electoral Commission chair­person Rita Makarau said that the ZEC had raised certain issues about the RAU’s “assumptions”, but has not yet received a response.