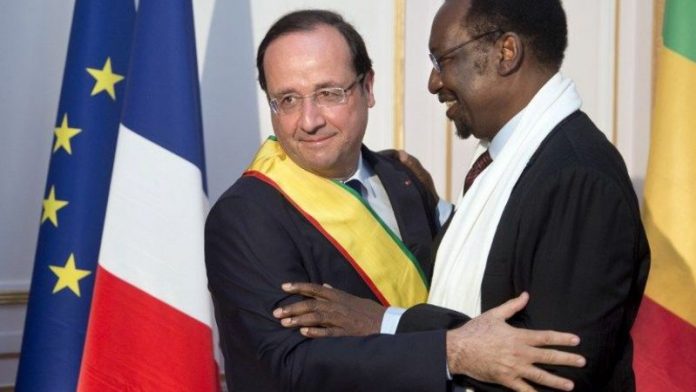 France insisted polls be held despite difficulties in organising the vote.

The presidential election on July 28 is seen as crucial to reuniting a country riven by conflict during an 18-month crisis that saw French forces intervene to push out Islamist rebels from the north.

But some have criticised the pressure put on the current government to hold the vote, which they say is being rushed in a country where scores of people are still displaced and some areas remain restive.

"We will be uncompromising," President Francois Hollande said earlier this year, underlining France's determination for Mali to hold elections in July – a pledge already made by interim president Dioncounda Traore.

Foreign Minister Laurent Fabius made two trips to the West African nation in April and May to make sure Malian authorities would keep their word on the timing of the presidential polls.

Election a priority
​For Paris, and to a lesser extent for the international community – the United Nations, West African states, the African Union – the election has become a priority now that armed Islamist groups have been pushed out of the north.

The idea is to give back legitimacy to a state ruled by interim authorities since a short-lived March 2012 coup, which itself created the opening for the extremists to seize the north.

And only a legitimate government can launch a much-needed reconciliation process between Malian communities in the south and the north.

"The earlier we get out, the better it will be," said a French diplomatic source who refused to be named.

"It's no longer a French case, the ball is in the court of the United Nations," which deployed a peacekeeping mission to Mali this month that will grow to 11 200 troops, plus 1 400 police, by year's end.

The deployment allows France to start withdrawing most of the 4 500 troops it sent to Mali in January to stop the Islamists from advancing towards the capital, Bamako, from their northern strongholds.

'It won't be a five-star election'
The pressure to organise elections has not always been well received.

Tiebile Drame, one of the presidential contenders, last week withdrew his candidacy to protest the lack of preparation surrounding the election and to denounce interference in the poll by the former colonial power.

"It seems that Fabius has become director of elections in Mali," he said, lamenting that "some French leaders are committing blunder after blunder".

Fabius said he did not want to be drawn into the controversy.

"In January, terrorist groups were only several hours away from ruling Mali," he said.

"It was France's intervention that allowed for security to be mostly re-established seven months later, for a presidential election to be held in a few days, and for very significant funds to have been collected from the international community to kick-start Mali."

Paris also points out that Malians themselves set the date of the vote.

"It's true that some in Mali also wanted elections as quickly as possible, to put an end to the transition and to not see the interim authorities take power," said Gilles Yabi of the International Crisis Group think tank.

"But postponing them for several weeks would have allowed things to improve on the technical front," he added, amid warnings the poll will not be credible, and will therefore not be accepted by the population.

Security
Much of the worry is focused on the restive northern town of Kidal, occupied for five months by Tuareg separatists until a ceasefire accord allowed the Malian army in earlier this month to provide security for the polls.

Others point to difficulties in distributing voter ballots in certain areas, and the general lack of preparation in a country where 500 000 people have been displaced by the conflict.

"It won't be a five-star election, everyone agrees on that, and we will be biting our nails until the last minute," the diplomatic source said.

"But it will be an acceptable and accepted election that will be scrutinised by thousands of international observers."

UN chief Ban Ki-moon said last week that even if the election was "imperfect", the poll results "must be respected".

But Yabi questioned the value of a fast-track election "when the aim is to put forward the principle of renewing democracy". – AFP

President Keita faces no shortage of challenges to his authority. Can he hold on to power?
Read more
Advertising
Continue to the category
Politics