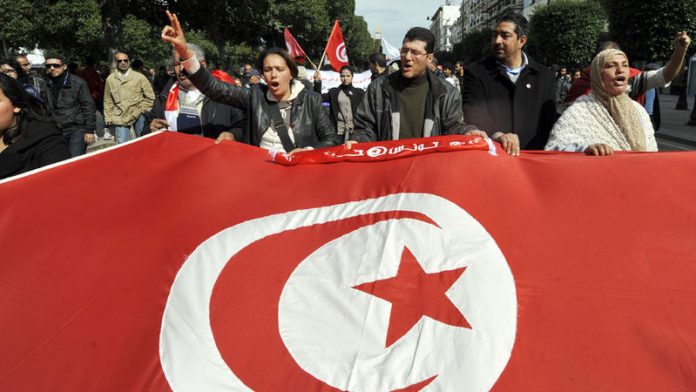 The protesters on Thursday chanted slogans against the Islamist-led government and called for its resignation. "Down with the rule of the Islamists!", the crowd shouted.

Brahmi, who belonged to the nationalist and secular Popular Party, was shot dead outside his house in Tunis on Thursday, a member of his party said.

Meanwhile, Friday will be a day of mourning in Tunisia following Brahmi's death, the chairperson of the Constituent Assembly said.

Brahmi was a vocal critic of the Islamist-led government and a member of the Constituent Assembly charged with drawing up the North African country's new Constitution.

"He was shot in front of his house when he was with his disabled daughter," Mohamed Nabki, a member of the same party, told Reuters. "The killers fled on a motorbike."

The February assassination of another secular politician, Chokri Belaid, ignited the worst violence in Tunisia since the 2011 fall of autocratic President Zine al-Abidine Ben Ali. – Reuters