Weekend getaway Tintswalo Atlantic: My howls aren’t what they seem 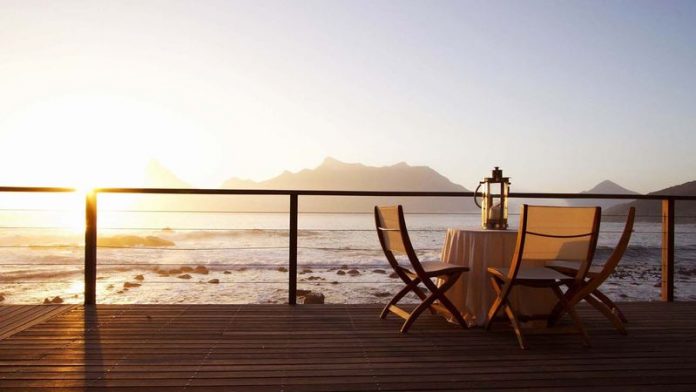 There's a hint of Twin Peaks about Hout Bay, especially in winter. Admit it, and if you can't, you're probably one of its inhabitants … an ashtray ceramist or a swinger, say.

Huge trees sway under sheltering skies, people gawp at you from behind graveyard shrubberies, mad horses run wildly over marshlands – at night, on the rain-soaked hills, you can hear their whinnying echo off damp cliffs.

Rumour has it that, in one of the forests, there's a community of former librarians and lentil fiends who all live merrily in hempen tepees.

I once worked in Hout Bay; the people were lovely, the atmosphere drove me to asparagus quiche. I was therefore not in the mood for a stopover in the valley filled with ageing hippies. A friend, however, asked me whether I wanted to try out Tintswalo, just outside Hout Bay.

My heart sank, but because she once smuggled me (on a private jet, nogal) into New York for three days, I owed her a favour.

On arrival, the rains came down. It was dark, we drove a car the size and shape of a ladybird. Via Chapman's Peak, past the tollgate, deep down a winding, slippery corniche so compact I was certain that we were going to slip over the steep cliff.

Right at the bottom, there was a flickering light at the end of a precipice, ancient milkwood trees surrounded a building, two little wild animals scattered into a bush. Rooikat? Porcupine? Who knows, but two pairs of eyes shone in the dark.

This was all I needed: wild animals that bite my ankles as I have a quick pee in a bush. But when the gate of the lodge swung open, my cynical heart turned into putty. I entered something that felt like a secret childhood treehouse perched on the edge of the world.

There was a fireplace, warm colours, shabby-chic furniture, windows that looked right on to the ocean. The mighty winter sea might have sounded cruel, but it looked like an Annie Leibovitz photograph: rich and dramatic.

I stayed in one of the 10 island-themed chalets, the beach on my doorstep. Sitting in the huge round bath felt like I was in a space bubble landing in the ocean. The bedroom comes with a bed the size of the moon, plush and luxurious carpets and free wi-fi – every adorable ­cliché in the book.

For in-house guests, there is the full dining experience, which is a selection of canapés at sunset followed by a five-course dinner, at R320 per guest. (The same menu served to nonresidents is R550 per guest.) I had biltong-dusted kudu loin served with butterbean purée, butternut risotto, zucchini fritters and roasted garlic jus. Ambrosial, and the chef was good-looking too.

Not bad, indeed, for a place situated on the outskirts of Twin Peaks, a show, I admit, that I now miss sorely.

Herman Lategan was the guest of Tintswalo Atlantic

Don’t let the botanicals go to your head