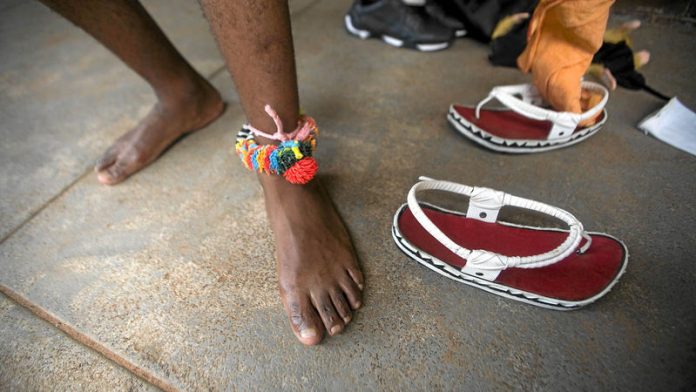 Pursuant to this, the department of trade and industry formulated a policy document.

It sought to recognise and protect indigenous knowledge as a form of intellectual property and to enable and promote the commercial exploitation of it for the benefit of the indigenous communities from which the material originated.

In 2008, the department sought to give effect to this policy by drafting and publishing the Intellectual Property Laws Amendment Bill (IPLAB). This proposed to amend the Copyright Act, the Designs Act, the Trade Marks Act and the Performers' Protection Act.

The aim was to make the subject matter of those Acts apply to what it termed "traditional knowledge" (more correctly described internationally as "cultural expressions"). This refers to folklore, traditional art and music, traditional designs and signs, and the performance of traditional work.

The Bill has had a very tortuous and controversial journey through the legislative process. It has been roundly condemned as being badly drafted and unworkable by a wide spectrum of people and groups, from high court judges, academics, legal practitioners and other government departments to business people, the cultural community and opposition parties.

Despite all this, it was passed by Parliament in 2012 and submitted to the president for his assent. But he  declined to sign it because it had not been considered by the National House of Traditional Leaders, the representative body of the avowed beneficiaries of the measures to be introduced.

The main criticism of the Bill is  that it attempts to do the impossible: it purports to grant protection to traditional knowledge by bending the principles of existing intellectual property laws beyond breaking point. It amounts in effect to trying to mix oil and water.

In order to illustrate how the government's goal could be achieved by means of a sui generis statute, I prepared a draft sui generis Bill covering the same ground as the IPLAB. This draft Bill was made available to the trade and industries portfolio committee of the House of Assembly at the time when it considered the IPLAB.

The committee either ignored or disregarded this draft Bill and the IPLAB was approved after substantial amendment by the parliamentary drafting team. But the amendments did not remove or cure the objections to the IPLAB.

The Democratic Alliance and other opposition parties, mindful of the damning criticism that had been voiced about the IPLAB, felt that passing it was an error. So Wilmot James, the DA's spokesperson on trade and industry, tabled my draft Bill in Parliament as a private member's Bill.

Parliament is thus faced with two fundamentally different competing Bills – the IPLAB and the James Bill – aimed at achieving the same objective.

The beneficiaries of the Bills – the traditional communities whose works are involved – were never given an educated choice about how they felt that their works should be protected.

But this has been rectified. The options were presented to them at a recent meeting of the National Council of Traditional Leaders held in Durban.

The two Bills and their effects and implications were described to them to enable them to make an informed choice. The essence of the information put before them is as follows.

The IPLAB has been described by the deputy president of the Supreme Court of Appeal as fundamentally flawed and incapable of delivering any protection to traditional cultural works.

This has been echoed by experts in the field of intellectual property law and the World Intellectual Property Organisation (WIPO). Even the independent organisation that did a regulatory impact assessment of the Bill at the government's behest condemned it as unworkable and undesirable.

The IPLAB purports to create a system that in certain circumstances will confer ownership of the property to the state and not to the communities themselves. The property will be exploited commercially by the state, and royalties flowing to the state from the use of the works will accrue to a trust fund administered by the state.

The trust operating the fund will decide how the money will be spent or allocated and it is under no obligation to transfer any of it to any community.

Royalty payments could be viewed as a sort of tax, somewhat along the lines of the etolls to be extracted from motorists for the use of Gauteng highways.

Licensing of the traditional works will be subject to onerous formalities and conditions, and the state will have to approve in advance any licence agreement.

In reality, this is not how the licensing of works of intellectual property is done, and it is likely to discourage anyone contemplating acquiring a licence.

The IPLAB deprives traditional communities of rights that they currently enjoy under intellectual property law in certain respects. For instance, traditional signs are prevented from being registered as trade marks, which is currently possible.

The James Bill follows the sui generis legislation route. This approach to protecting traditional knowledge enjoys the support of the WIPO and is the approved international approach. All our neighbouring countries and the International Association of Intellectual Property also subscribe to it.

The James Bill has received widespread support in South Africa, including from the department of science and technology, the Competition Commission, the Association of Law Societies and prominent academics and legal practitioners.

The James Bill provides for protected traditional knowledge to be owned by the community that originated it and for that community to exploit the works commercially to its own advantage. No deprivation or expropriation of a community's property thus takes place.

Licensing of traditional knowledge property takes place on a simple, uncomplicated and user-friendly basis in keeping with standing commercial practices. The payment of royalties for the use of the property can be made to a trust fund operated by the state, but the money must be paid to the relevant community that owns the works being exploited.

Provision is made for the state to enforce rights in protected works, at the election of the owner and on its behalf. All existing intellectual property rights currently available to communities are preserved and are not taken away.

The principal benefit of the James Bill is that it can work, granting the desired protection to traditional works for the benefit of the respective communities – unlike the IPLAB, which is doomed if passed.