MTN8: Eight of the best set for battle 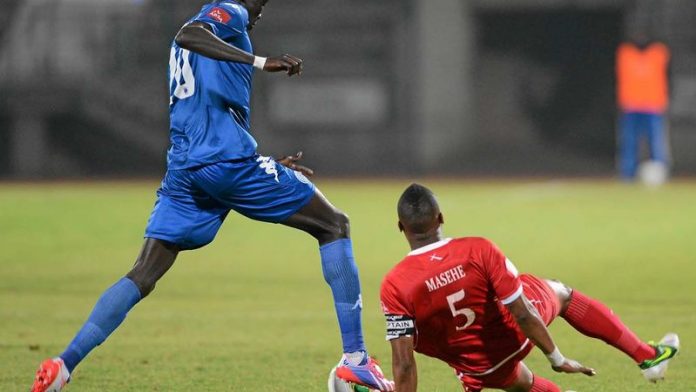 For all the weaknesses the PSL may be perceived to have, one thing it does possess is an element of egalitarianism the English premiership and the Spanish La Liga do not have.

With week one of the new season already played, the only thing that seems to be a foregone conclusion is that Polokwane City will struggle unless they bolster the team with some talent and PSL competence and experience.

For the rest, any fan pretending to forecast the future will more likely be exposing their partisanship rather than a superior crystal ball.

The MTN8 fixtures that start this weekend are a case in point. New champions will be crowned come the end of the tournament because defending champions Moroka Swallows were only good enough to finish ninth.

Bidvest Wits and Bloemfontein Celtic kick off this season's tournament at the Bidvest Stadium on Friday August 9 at 6pm, which, like the next day's fixture between Platinum Stars and Free State Stars at the Royal Bafokeng Stadium at 3pm, are evenly matched encounters with the potential of producing exciting cup football.

The league and cup double champions, Kaizer Chiefs, should start the PSL season as favourites to continue their "reclaiming the glory" project.

They have openly expressed their intention to sweep all before them, announcing Operation Vat Alles II, after the first operation in 2001-2002 when they won the pre-season Vodacom Challenge, the BP Top Eight and the Coca-Cola Cup, and crowned it all with the African Cup Winners' Cup.

On paper, Chiefs have an easy draw, thanks to the tournament's format that pitches the side that finishes first against the one finishing eighth; second and seventh; third and sixth; and fourth and fifth. They have the regular Bafana Bafana starting back five. Upfield, Siphiwe Tshabalala, Reneilwe Letsholonyane and Willard Katsande, plus the strike force of Bernard Parker and Knowledge Musona, ensures they have the best of Zimbabwe and South Africa in their line-up.

Compare this to an AmaTuks side that is considerably weaker than they were last season. The mainstays of the team, Aubrey Ngoma and Senegalese striker Mame Niang, have returned to Orlando Pirates and SuperSport United respectively after a season's loan to Tukkies, and Bongani Zungu has signed for Mamelodi Sundowns.

There is, however, the small matter of Chiefs never having beaten the varsity side in the three encounters between the clubs. AmaTuks first shocked Chiefs when they beat them 4-3 in the second round of the Nedbank Cup in 2009 en route to being the losing finalist.

Last season, AmaTuks held Chiefs at home and won in the last game of the season. But Chiefs might say that they gave the game away because they had already sewn up the title and had nothing to play for.

Even if Chiefs were to get the Tukkies monkey off their back, they will be left with formidable opponents, especially in the survivor of the encounter between Orlando Pirates and SuperSport United. They meet at the Mbombela Stadium in Mpumalanga on Sunday at 3pm.

Both sides posted impressive wins in the first week of the PSL season. United came back from a goal down to beat Free State Stars 4-1, with Niang helping himself to the season's first brace. Pirates achieved a victory in the African Champions League in Egypt last weekend by beating defending champions Al Ahly 3-0 to go to the top of the group.

If ever there were any concerns that new United coach Cavin Johnson would struggle to transform Matsantsa from a dour side concerned only with results, the answer has been emphatic. United were effortlessly seamless against Stars, with David Mathebula continuing to impress in midfield.

Bennett Chenene's scorcher from outside the box and Sameehg Doutie's from Niang's second ball showed a team schooled enough to play with a structure, yet liberated enough to allow for individual artistry.

In Pirates, United meet a team that is rejuvenated. Last season, Roger de Sa's side created chances but were let down by poor finishing and a lack of depth once the first-choice members of the team became absent owing to long-term injuries.

The Buccaneers have made one of the signings of the off-season by bringing Kermit Erasmus from United. But Erasmus is cup-tied and ­unavailable for Pirates' African safari because he featured for United in the Confederations Cup in the same ­calendar season he joined Bucs.

However on Sunday he will be available to help De Sa regain favour with the Ghost.

Danny Jordaan has laid down the law and forbid behind-closed doors matches from going ahead.
Read more
Sport

Sports, Arts and Culture Minister Nathi Mthethwa has made clear that the government is not opposed to games going ahead without spectators provided they adhere to strict safety protocols
Read more
Sport

Amakhosi have flipped the popular narrative on its head, winning the Soweto Derby 1-0, and are now favourites to lift the PSL trophy
Read more
Advertising
Continue to the category
Education