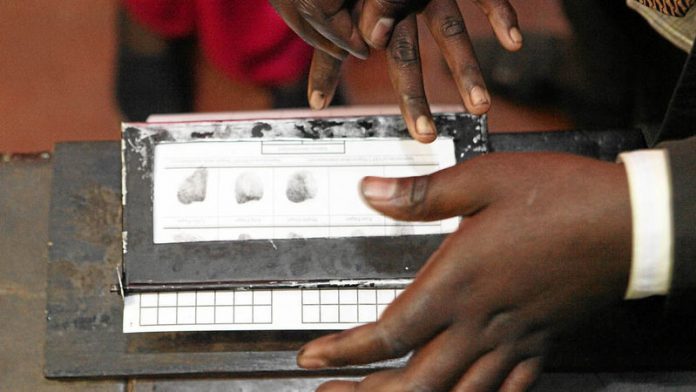 The party is putting together a dossier that it says will show massive rigging on the part of Zanu-PF.

The electoral commission's result showed that Zanu-PF won 160 parliamentary seats against MDC's 49 and Mugabe garnered 61% of the total votes cast against Tsvangirai's 33%.

Shocked and angered by the outcome of the polls, the party's supreme decision-making body, the national council, met in Harare last weekend and resolved not to "legitimise" the stolen polls. The party also said it will challenge the results of 100 constituencies in court.

MDC insiders who spoke to the Mail & Guardian on Wednesday said Zanu-PF had made overtures to the MDC-T to join Mugabe in another government of national unity.

The sources said there was a general consensus not to legitimise the electoral outcome, which the party has rejected as fundamentally flawed.

Obert Gutu, the MDC-T spokesperson for Harare and the former deputy minister of justice and legal affairs, said total and complete disengagement was "the only game in town" in the wake of swirling rumours and speculation that Mugabe and Zanu-PF stole the election by manipulating the voters' roll.

"It will be a travesty of democracy to legitimise a monumental electoral fraud," said Gutu.

But the Zanu-PF national spokesperson, Rugare Gumbo, said he was not aware that his party was thinking of inviting the MDC-T to join them in government, although he did not

"We beat them clean. They should concentrate on licking their wounds. But the president has the last say," said Gumbo.

Tsvangirai also confirmed the national council resolution "not to legitimise this electoral fraud".

"We will not be joining any institution arising from this election and we will not engage in any discussion to join government," Tsvangirai said in a statement on Wednesday.

In a separate statement, the MDC-T said it had known, even before the poll was held, that the outcome would not go in its favour "because of a corrupt voters' roll, unauthentic ballot papers, a highly partisan electoral commission, a partisan state media and army, police, and the bully-boy militia in the wings".

It said Zanu-PF had unashamedly subverted the will of the people.

But others are cautioning Tsvan­girai and his party not to boycott Mugabe's administration, saying it would be folly.

Rashweat Mukundu, the chairperson of Harare-based think-tank the Zimbabwe Democracy Institute, said disengaging from the government in the current socioeconomic environment would not help the MDC-T as no one would notice because people were too preoccupied with daily survival.

"The MDC still needs to represent the people who voted MDC MPs into Parliament. Parliament is a battle­ground that the MDC must enter and expose Zanu-PF weaknesses.

"The MDC no longer has the burden of governing and can spend as much time on its political programmes and mobilisation, and Parliament is one such front where it can accentuate citizen concerns on the economy and service delivery," said Mukundu.

However, he said, the country was back to the pre-2002 scenario in which the MDC-T was the moral voice of society against an all-powerful Zanu-PF.

"It is up to the MDC-T to make the next five years interesting in preparing to tackle Zanu-PF once again," Mukundu said.

Blessing Vava, a fierce critic of Tsvangirai and spokesperson of the National Constitutional Assembly, a nongovernmental organisation said: "It [a boycott] will cause resistance, especially from the candidates who were elected, and this might lead the party to disintegrate."

But Lenox Mhlanga, a political analyst based in Bulawayo, said a boycott would be the right strategy.

"The MDC-T leader is right. How can one be associated with institutions that are the result of subterfuge of the lowest order? He missed this bus, which is bound to crash. Let him wait for the next one," said Mhlanga.