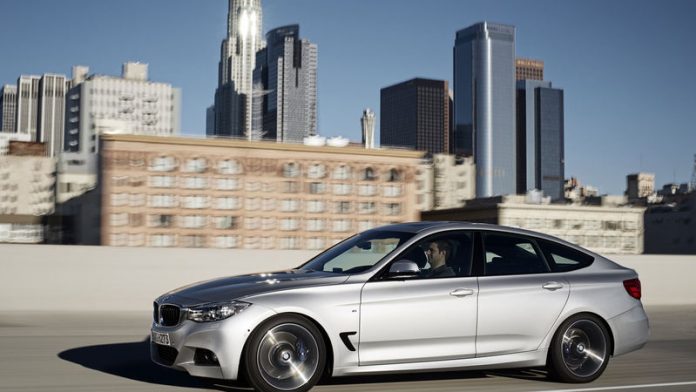 South African Neels Kilian was as proud as any BMW owner could be when he got his new 3-Series in May. After getting into an accident a few weeks later and still waiting for repairs, he’s reconsidering that sentiment.

The Gauteng resident needs a rear fender replaced before the car is driveable again. In the meantime, he’s still making a monthly payment of R8 000 and has to bear additional costs for work travel because he hasn’t been offered a loan car.

“This is shocking!” Kilian wrote in an email. “It is impossible to repair my vehicle; why is BMW unable to issue a warning to customers when buying this brand?”

Kilian is among customers across the globe angered by BMW’s failure to promptly deliver spare parts to fix their vehicles. BMW, the world’s biggest maker of luxury cars, has struggled since the beginning of June to ship components on time because of a new supply-management system being introduced in its central warehouse in Germany.

The delays have caused ripple effects globally because orders for BMW’s 40 parts-distribution centres originate at the main facility in Dingolfing. The warehouse also directly supplies about 300 repair shops in Germany.

Raimund Nestler – who lives in Ingolstadt, Germany, the home base of rival Audi – has been waiting six weeks for a new part that controls engine speed.

“I have always been a die-hard BMW driver and am currently driving my seventh BMW, but will consider which brand I’ll buy the next time,” he said by phone. “For a premium car maker like BMW, this is particularly disappointing.”

Deep regrets
About 10% of parts are not immediately available in Dingolfing because of the logistics change over, Manfred Grunert, a spokesperson for the Munich-based company, said on Wednesday. BMW has workers on extra shifts to help shorten the wait, and aims to have the new system working properly by early September.

“We deeply regret any inconveniences caused to our customers,” Grunert said.

The longer the delays drag on, the more BMW’s image as a high-end automaker is tarnished. “The logistics problem is comprehensible, but three months is too long,” said Juergen Pieper, a Bankhaus Metzler analyst in Frankfurt. “Damage has certainly occurred. I see a hit to their reputation and a financial burden of tens of millions.”

The logistics project, called Atlas, was started in Dingolfing in 2009, according to a joint press release at the time from International Business Machines Corporation and SAP.

Months-Long Delay
IBM, which was the main contractor, said last week that it’s no longer involved in setting up the programme. SAP is supplying the software for the warehouse management system, the Walldorf, Germany-based company said. BMW declined to comment on its suppliers.

Australian Eric Gibson said repairs on his BMW motorcycle have been dragging on for three months. “I can now ride the bike, but I’m still waiting for one more part, a driving light,” Gibson said.

Fellow countryman Lisa Stephenson, who lives in Coolamon, a farming community 480 kilometres north-east of Melbourne, isn’t as fortunate. Her mechanic has advised her not to use her BMW, which she needs to get around in her rural area, because the part that needs replacing could catch the car on fire.

“I’ve been waiting for five weeks for a fuel elbow,” Stephenson said. “My mechanic informed me this week that the part won’t arrive until sometime in October. This is extremely frustrating. Shame on BMW. I am one very unhappy customer.”

BMW is sending components via airfreight to speed up delivery times and is trying to provide replacement vehicles for waiting customers, Grunert said. Stephenson and Kilian both said they haven’t been offered a loan vehicle.

“BMW is unable to inform me when to expect this part in South Africa or when my vehicle would be repaired,” Kilian said. “It could be another four months or so.” – Bloomberg