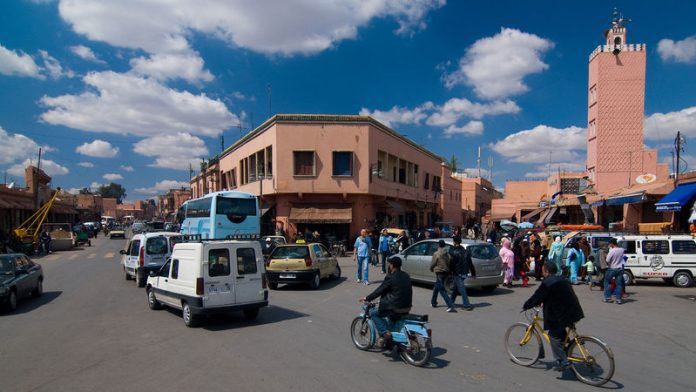 The increase in corporate globalisation requires companies to send professionals abroad to man offshore operations to achieve and sustain a competitive advantage in the international marketplace.

They are therefore expected to marshal success and facilitate growth through their technical knowledge and skills.

Arnold says an increased demand for expatriates came about when South African Reserve Bank exchange controls were sufficiently relaxed to enable investment outside the country’s borders, and as a consequence the rate at which South African managers took up foreign assignments increased.

An expatriate from South Africa, Frans Joubert, is currently based in Nigeria and works as a commercial executive at Imperial Africa.

Boasting 17 years of experience and expiated in 40 countries thus far, says that he loves his occupation and because of his lengthy period in the expat business he has no problem with adjustment, but emphasises the importance of expat management in general.

He explains that while his job is his life, there are many challenges faced by expatriates.

Expatriate managers face challenges varying from cross-culture adjustment, corporate environmental transition, communication barriers, social integration but by far the biggest challenge faced by expats is their repatriation upon completion of an international assignment.

“Some companies don’t necessarily have policies regarding employment after taking up an assignment in a foreign country, so there is no guarantee that your previous job will be available when your contact expires,” says Joubert.

Salary disparities and the difficulty in returning to previous workplace environment as well as demotion form part of repatriation mismanagement.

“Failure to retain expatriates after an assignment results in a loss to the company and the high ratio of resignations post expatriate assignments does not surprise.

“It is honestly more difficult coming home than leaving.”

Effective management of expatriates on international assignments is critical during and up until the expatriate life cycle ceases and when the expatriate family is repatriated to their native country.

According to A.J. Vögel and J.J. van Vuuren, the authors of Factors influencing the preparation support and training of South African expatriates, the failure rate of expatriates has been reported to range anywhere between 10% and 80%, costing multinational enterprises between $40 000 and $1-million for each failed assignment.

Barbra Parry, owner of Barbara Parry Expat Consulting, explains the expatriate life cycle begins when a candidate is evaluated on their technical skills and ability to fulfill the employment mandate.

“The selection process adheres to all the labour laws of the host country and is also family orientated.” Medical tests are included such as a psychometric evaluation.

“The psychologist covers all the potential problems, and where the expatriate and the spouse could be challenged while in the host country,” she says.

Thereafter preparation and training follows, where cross-culture training is introduced and aimed to minimise culture shock, which is a major contributor to assignment failure and also enable the family to understand the environment in the host country.

Parry says: “This training is important for both expat and family. The cultural training covers all aspects of the host country. They learn of the local culture, languages, the tribes, the history of the country and the geography.

Research and experience suggest that management of the family is also critical to the success of the expatriate. Parry says that 90% of assignment failures are family related.

“If the family is unable to settle down in the country, then the expatriate is under extreme pressure and won’t be able to perform at his or her best.”

Vögel and Van Vuuren notes that one of the most prominent issues in international HR management is the failure of expatriates.

“Losses can include a reduction in productivity, market share and competitive position, as well as damaged staff, customer and supplier relations, and a discredited corporate image and reputation.”

South Africa is host to up to 67% of UK expatriates, with an estimated 21% in the construction industry and 14% in management.

South Africa stunned the world by ranking in the top 10 for quality of life in the largest global expat survey commissioned by the HSBC Bank International.

It revealed that South Africa ranks ninth for overall expat experience, which looks at an expat’s lifestyle, especially the ease at which expats can set up in their new country and how well they integrate into the local community, and their overall quality of life.

According to the survey, nine in 10 respondents associated the country with better weather and surroundings and expats found that all their expectations were met upon relocation.

“Expats also had no trouble fitting in, with two thirds (57%) finding it easy to make friends and fit into a new culture, and the same proportion (67%) agreeing that they had integrated well,” states the report.

All of these benefits resulted in over half (53%) improved work-life balance for expats. South Africa also faired well in the Expat Economics survey, which focuses on how the economic situation differs for expats from country to country.