M&G LitFest: Migration and the search for the stories of the city 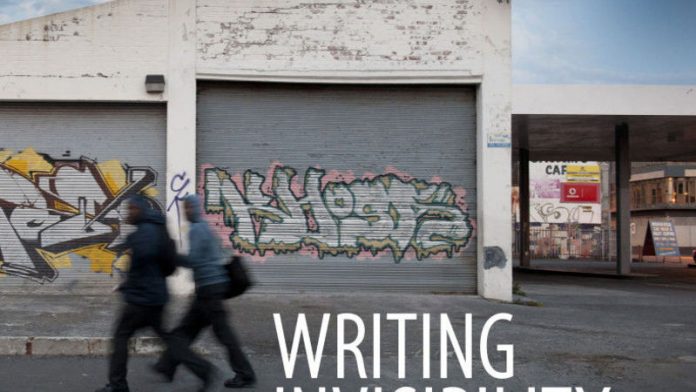 The final session of the festival at the Market Theatre, "Migration: There was a Country", also marked the  official launch of the e-book Writing Invisibility: Conversations on the Hidden City, which can be downloaded for free from the Mail & Guardian site.

Matthew Wilhelm-Solomon, session chair and contributor to the book, described it as an intervention in response to public narratives from which certain spaces of the city are occluded. The act of writing and telling stories is a way of rendering the invisible visible. Academic responses to the long-form narratives are included to open a space of dialogue between "personal narratives and larger scale critique".

Wilhelm-Solomon focused the conversation on "how the personal intersects with the political" and the multiple ways in which the panellists' work speaks to migration.

Kwanele Sosibo, an M&G journalist, spoke of his contribution to Writing Invisibility. He spent seven days with the family of Lungani Mabutyana as they conducted his funeral rites. Mabutyana was found hanging from a tree on what has become known as "the small koppie" at Marikana. About Mabutyana's death, Sosibo says "suicide is suspected, but given the context, one can't really be sure".

Sosibo said that the head of the family, Mhlab’uyashukuma, first worked in the gold mines, before transferring to the railways in Durban. His children have inherited these two employment options. Sosibo concluded that it's "intriguing how these two lines of migration in this family follow almost exactly the same path Mhlab'uyashukuma went on four decades prior". However, he said, these migrations are not without agency, as in this manner a new generation "retraces and subverts the system supposed to keep them in same place".

Caroline Wanjiku Kihato's forthcoming book, Migrant Women of Johannesburg (Wits University Press), challenges conceptions of both the inner city and stereotypes of the migrant women who live there. The panelist said she wished to "provide a more humanised approach to the city" in her work and to weave in the neglected everyday experiences to present more intimate and textured migrant narratives.

As NoViolet Bulawayo, author of We Need New Names, admitted that "in the context of today's discussion, it is hard to separate my own personal story". She was born in Zimbabwe and has lived in the US for the last 13 years. In writing the novel, she had to navigate moving beyond herself to write the stories of a collective, while simultaneously not eliding the humanity of the individual. She wanted to write against the image of migration as a mass movement. Bulawayo insisted the personal cannot be separated from the individual – the "political gives birth to the personal", it is "the reasons for how migrants live".

'The story of one community'
Wilhelm-Solomon suggested that in her book Sanctuary, author Christa Kuljian explores "the limits of refuge and what hospitality means", and situates "the Central Methodist Church as the locus of city politics". She continues the narrative of migration by "telling the story of one community" at the church. She wanted to explore their "relationship to larger political  themes and inner city issues such as housing, policing, crime and violence" and the way in which an individual living in that refugee community navigates those issues.

Wandile Zwane, who works at the City of Johannesburg's migrant desk, discussed the city's relation to the realities of migration. He explained the trajectory of the shifts in patterns of migration from before the democratic transition to after, which created challenges the "city hadn't anticipated". The migrant desk was initiated in 2005, he said, and evolved as the city explored "how to provide a space for newcomers to navigate the city". It also considers the different experiences of those migrating from rural areas in South Africa to  "cross-border migrants". The desk aims "to give a voice to migrants", he said, through the hosting of discussion forums, and insisted that "migrants are not passive agents". Despite the city's "progressive policies", Zwane agreed with Wilhelm-Solomon that it is a  "fraught space".

Panelist Achmat Dangor's new collection, Strange Pilgrimages, deals with the themes of "exile, personal refuge and intimacy". In his stories, he writes about the fate of the "dislocated individuals" and the "peculiar nostalgias" common to South Africans who went into exile. Dangor explained that he was  interested in the persistent and seemingly intractable ideas about identity. He shared anecdotes about trying to assert his own identity, as a member of the "human race". This need for a humanist understanding of identity was a refrain repeated by the panellists throughout the session.

Wilhelm-Solomon also prompted the panellists to consider the "spectral character" of home and the "ambivalence of migration". He further suggested that "dying a good death is critical to the migrant experience" and referred to Sosibo's work in documenting "private ceremonies of mourning".

Considering the degree to which "contemporary notions of hospitality are informed by religious notions of sanctuary", Kuljian responded that one of the rules created, in 2008, at the church was that evening church services were obligatory for residents. These occurred in the sanctuary, the name of the main room of worship, she said. However, Kuljian highlighted the tensions between religion and more immediate practical concerns, quoting Bishop Paul Verryn, who was frustrated that he had "spoken more about toilets and plumbing than Jesus".

Creating a more receptive city
Zwane also spoke to the city's attempt to respond to the legitimate concerns of those living in unhygienic and unsafe conditions. He cited the challenges of "hijacked buildings and managing the tensions between locals and migrants". Part of the Joburg 2040 strategy is to create a more receptive city, he said.

Wilhelm-Solomon also encouraged Wanjiku Kihato to illustrate the ways in which these migrant women "create meaning in extreme conditions". She spoke of their life in a "not quite legal, not totally illegal" limbo and some of the tactics they employed, for example, to contend with the by-laws which declare street trading illegal.

Dangor also addressed the need for a "private refuge different from public refuges" and the troubled search for "meaningful relationships in exile". He stressed that "all should have right to love who they want". These dimensions of human life need to be explored more in literature. He praised late writer Damdubzo Marechera's work in this regard – all the more tragic since Marechera himself "couldn't find sanctuary" when he returned to Zimbabwe.

Regarding the potential of "post-nationalist" literature, Bulawayo maintained that "as creative writers, the human impulse matters. It's easy to forget the hand that writes but not the story written".

A lively and compelling question and answer session followed. Victor Dlamini, who was in the audience, made a statement that "very few people remain where they are born" and in that sense all cities are migrant cities. This prompted a debate around the utility of the term "migrant", and the degree to which it is used in public discourse to mask underlying conceptions about race and class. Dangor conceded that the term is used to "create an other". He continued that "xenophobia and racism are second cousins; the real problem is poverty and inequality". Too often, migration results in "the poor accommodating the poor".

This session and the Writing Invisibility e-book are attempts at sparking such a necessary conversation.