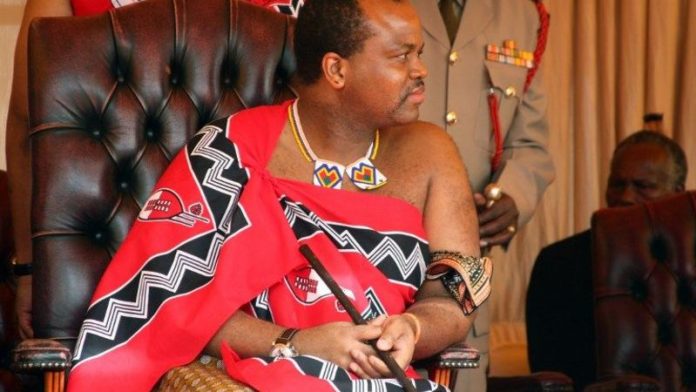 South African and Swaziland media reported on Monday that the king told how he had received a vision from God during unseasonal thunderstorms that hit the country at the weekend, prompting the change.

"Swaziland is a monarchial democracy: the marriage between the monarch and the ballot box," the king said, as cited by the government spokesperson Percy Simelane on Monday.

"The ballot box being the will of the people providing advice and counsel to the king which ensures transparency and accountability."

He made the comments in a speech at the opening of the Swaziland international trade fair in Manzini at the weekend.

Simelane said that the king's "slant was that Swaziland's democracy is founded on the country's values and way of life".

'Simply crazy'
But the monarch's remarks drew a furious response from the country's pro-democracy activists and unions.

Largely exiled in South Africa they rubbished the declaration as "simply crazy" and "beyond bizarre", claiming they were the utterances by a leader reeling under international pressure to introduce political reforms in his country.

"Monarchies by their nature are not democratic. So you can't then, when you are not elected yourself, introduce something as bizarre as he has done," Lucky Lukhele spokesperson of the Swaziland Solidarity Network said.

Swazis voted last month in the first round of parliamentary elections.

But the opposition dismissed these as window-dressing.

The final round of polling takes place on September 20 in the kingdom of 1.1-million people.

"The coming elections do not even meet the minimum requirements of the SADC [Southern African Development Community]," said Lukhele.

"There is no ways he can democratise the monarchy," said Lukhele.

"I have never seen it, it's impossible. I can't just imagine myself walking up to the Queen of England and demanding democracy. It does not work."

Democratisation
South Africa's ruling ANC has this year called for the democratisation of the kingdom and also demanded that political prisoners being held in the country be freed and exiles be allowed to return.

But commentators say efforts to increase pressure on the 44-year-old monarch have met several obstacles.

The country is not a top priority on the international agenda, the opposition is divided and often operates from outside the country.

Many Swazis are also deeply attached to a monarchy that led them to independence in 1968 and is the main preserve of traditions that go back generations.

Political parties have been banned for the past four decades and protests are forbidden in the kingdom surrounded by South Africa and Mozambique. – AFP