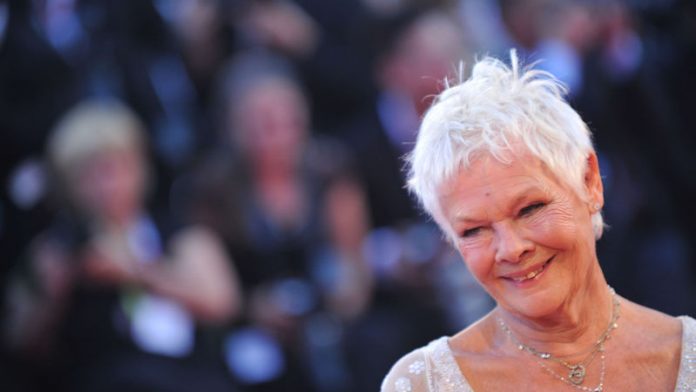 British director Stephen Frears provoked a hugely enthusiastic response with his charming tragi-comedy Philomena, the true tale of a mother's search for her son after he is given up for adoption by Catholic nuns in Ireland.

Starring Judi Dench as Philomena Lee and comic actor Steve Coogan as the ex-BBC journalist who helps her, the film puts the spotlight on one of the Church's dark secrets and Frears joked that Pope Francis should see it.

The film topped the list of international critics' ratings of the films in competition, but many remained unconvinced that it was daring enough to win over the jury, this year headed by Italian cinematic master Bernardo Bertolucci.

Japanese Oscar-winning animator Hayao Miyazaki impressed with The Wind Rises, the tale of a boy who yearns to design planes. It is based partly on the life of Jiro Horikoshi, the man behind Japan's deadly A6M Zero fighter aircraft.

Miyazaki announced during the festival that this wildly imaginative tale of life in Japan between the two World Wars would be his last feature.

"In the past, I have said many times I would quit. This time, it's for real," the 72-year-old said in Tokyo. He had become too old for the kind of craftsmanship and physical work required for major commercial projects, he added.

Total of 20 films are competing
American writer and director Kelly Reichardt's Night Moves has also been lauded for its tale of three radical environmentalists who plot to blow up a hydroelectric dam but are unprepared for the consequences.

Starring Jesse Eisenberg, the Oscar-nominated star of The Social Network, the film refuses to endorse or condemn its naive eco-activists. Reichardt had to refute accusations that the movie was a manual for would-be bomb makers.

The jury's choices are due to be announced in a ceremony starting at 5pm GMT.

The world's oldest film festival has brought Hollywood stars including George Clooney, Sandra Bullock, Nicolas Cage and Scarlett Johansson by speed boat and gondola to Venice's Lido, as well as art house auteurs from around the globe.

A total of 20 films are competing at the festival, including James Franco's necrophilia flick Child of God, the tale of a social outcast whose loneliness drives him to live in a cave and murder women to have sex with their bodies.

US actor Scott Haze – who isolated himself for three months and slept in caves to prepare for the part – is the hot favourite for the best actor prize. He astounded audiences with his harrowing depiction of madness and loss.

Viewers were also impressed by Cage's performance in David Gordon Green's Joe. He plays an ex-con who hopes to redeem himself for past sins by saving a teenage boy from an unemployed, violent and alcoholic father.

Minimal action
Critics said Tsai Ming-liang's slow-moving Stray Dogs, which many viewers walked out of in boredom, has an outside chance at clinching the top prize.

The only Chinese-language picture in the competition, it tells the tale of a homeless family living on the margins of society in contemporary Taipei, and exhausted many with its extraordinarily long, hypnotic shots and minimal action.

"I am not interested in making films for audiences who do not have the patience to appreciate my slowness," he told journalists.

Some critics suggested that, with the US mulling intervening in the Middle East again, the jury might give the award to Errol Morris's The Unknown Known, an interview with former US defence secretary Donald Rumsfeld.

The film presses Rumsfeld on decisions taken in the lead-up to the Iraq war but he proves to be a combative, slippery customer.

The festival has featured dozens more films, including Jonathan Glazer's eagerly awaited Under the Skin, starring a seductive Johansson as a man-eating alien who hunts down prey in Scotland, which left many critics cold.

Among those joining Bertolucci, best known for his raunchy 1972 Last Tango in Paris, on the jury are British director Andrea Arnold (Red Road), German actress Martina Gedeck (The Lives of Others) and US actress Carrie Fisher.  – Sapa-AFP

‘The Endless River’ shatters awkward silence on race, rape and violence in SA

What had us talking: Oscars red carpet, Zim censors ‘Fifty Shades of Grey’