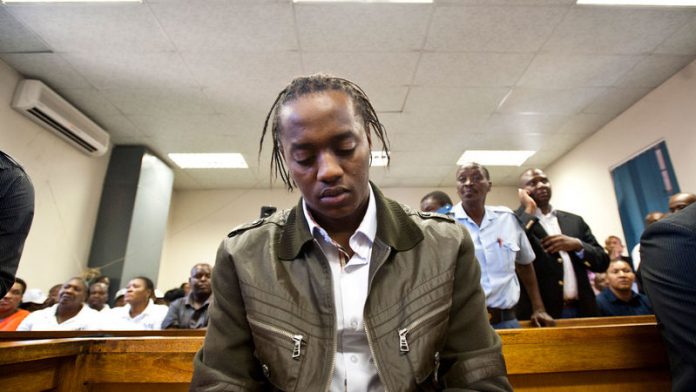 Convicted murderer Molemo "Jub Jub" Maarohanye's health came under the spotlight on Friday in the Protea Magistrate's Court where his legal team is again trying to secure bail for the artist.

Rudi Krause said his client had been diagnosed with tuberculosis, and presented this as part of the appeal.

However, correctional services health officials dismissed the reports and said tests were conducted which gave him a clean bill of health.

This is Maarohanye's third appeal for bail since his conviction last October.

He and co-accused Themba Tshabalala were drag-racing in Protea North on March 8 2010, when they crashed into a group of schoolboys. Prince Mohube, Mlungisi Cwayi, Andile Mthombeni and Phomello Masemola were killed. Frank Mlambo and Fumani Mushwana were left permanently brain damaged.

In December last year, Maarohanye and Tshabalala were each sentenced to 25 years in jail.

'Results were negative'
On Friday, Johannesburg Prison chief nursing officer Vusi Mazibuko testified that tests did not indicate that Maarohanye was infected with TB.

"We ran a test through the laboratory and the results were negative."

During cross-examination, Krause asked why a nurse would cast doubt on a doctor's diagnosis.

Mazibuko said the doctor never performed tests to prove whether he was indeed suffering from the disease.

Asked if there was a possibility Maarohanye could be suffering from something else, he maintained that tests would have revealed this.

Krause asked the head of the prison, Sam Mabothoma, why his client had not seen a doctor since February.

Mabothoma told the court he was still waiting to hear from the family after he had given them a quote to accompany Maarohanye to a doctor of his choice.

Failure to communicate
Krause asked why he had to be accompanied by 10 officials to a medical facility that was across the street from the prison, resulting in the quotation being R5 000.

"We got a classification that he was a maximum [security] prisoner and certain factors had to be considered. If I have to send him out, I need to look at security and that is how I got to the number of members," he said.

Asked if he did not think charging the family such an amount to see a doctor amounted to refusal, Mabothoma defended his decision by saying the family failed to communicate with him to make arrangements. They had turned to their lawyers instead. – Sapa

Jub Jub: The life and trial of a South African child star