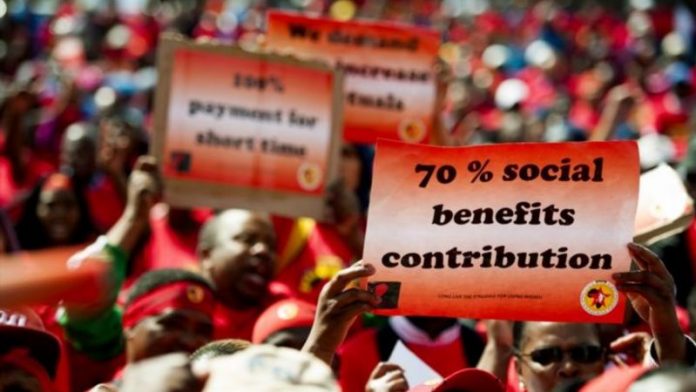 National Union of Metalworkers of SA (Numsa) spokesperson Castro Ngobese said on Tuesday that negotiations with employers had yielded no results by Monday evening.

"The talks collapsed last night. The strike is continuing," he said.

The talks would not resume on Tuesday, he said.

The union has demanded a R30 an hour across the board increase by 2016 on actual rates of pay in all sectors, and divisions for workers earning above R6 000 a month.

Injury
A petrol attendant in New Germany, KwaZulu-Natal, was seriously injured on Tuesday morning in an altercation said to be related to the strike, paramedics said.

Eye witnesses said the assault could have been linked to the Numsa strike, she said.

The man was taken to hospital with a serious head injury.

Police could not immediately be reached for verification of the incident.

Numsa KwaZulu-Natal regional secretary Mbuso Ngubane said he could not comment on the New Germany assault, as he had not heard about it.

On Thursday he said the union had rejected a revised wage offer of 7.5%. Numsa has demanded a double-digit percentage increase. – Sapa