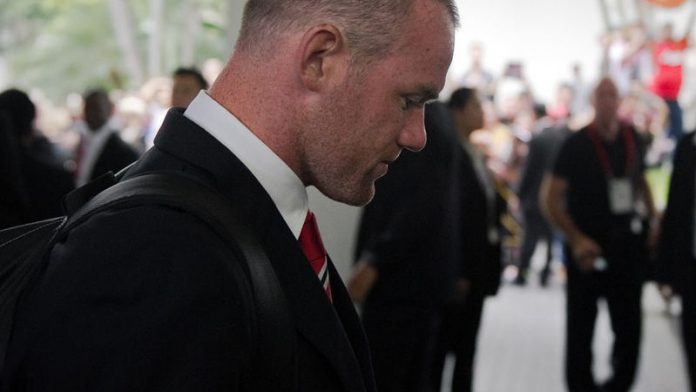 Leaner, sharper and, above all, liberated to play a much more attacking role by Marouane Fellaini's newly installed presence in central midfield, Rooney seems in perfect shape for Sunday's Manchester derby at the Etihad Stadium.

"It's a massive game," Rooney said. "Two title contenders. It's not going to define the season but it's a big game, a  derby. We'll be going there to win. I've scored a few goals against City."

He warmed up for his first opportunity to upset Manuel Pellegrini with a few in Tuesday's 4-2 Champions League win over Bayer Leverkusen at Old Trafford. It was an evening when David Moyes seemed to cast off his cloak of pragmatism and embrace an attacking philosophy that, in attacking moments, sometimes saw United morph into 4-2-4 formation.

With Fellaini holding midfield alongside Michael Carrick, Rooney was not required to drop deep and do so much defensive work as in recent months, with the benefits clearly, and quickly, apparent.

Indeed, Moyes is keen for Rooney and Robin van Persie to have a more traditional partnership than they experienced last season, when the England forward spent considerable time containing opponents while in effect deployed as a fifth, sometimes wide, midfielder. United's manager wants both his strikers deployed high up the pitch and taking it in turns to drop deeper and help to support the midfield when required.

"The times when Robin and I played together last season we did well," Rooney said. "So hopefully we can play more together this season. We've done the work [in training] together. The manager has made it clear he wants one up and one behind. Whatever way round it is doesn't matter as long as one is always filling in behind and helping out the midfield."

Rooney is adamant his relationship with Van Persie lacks jealousy or hierarchy. "Robin and me dovetail well and try and help each other score goals," he said. "There's no problem between us at all. We're great friends and want to help each other be successful."

His rapport with Moyes also appears surprisingly healthy given the furore surrounding Rooney's desire to leave Old Trafford and leap into José Mourinho's arms at Chelsea. "It's obviously good to be reunited with David Moyes," said Rooney.  "He's a great manager and thoroughly deserves this job. It's good to work under him and hopefully we'll be successful together." – © Guardian News & Media 2013