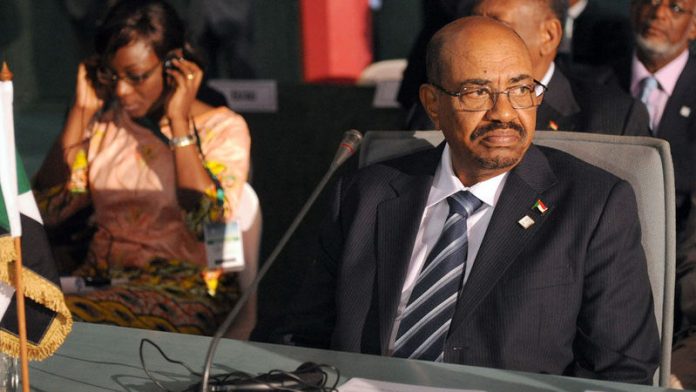 Sudanese President Omar al-Bashir will set an uncomfortable precedent when he speaks before the United Nations general assembly (UNGA).

He would be the first head of state to address the annual UN gathering of world leaders while facing international war crimes and genocide charges, if he shows up as scheduled.

Al-Bashir is facing two International Criminal Court(ICC)  indictments for crimes linked to the conflict in the western Darfur region of Sudan, where an estimated 300 000 people have died since 2003.

He has applied for a US visa to come to the UN General Assembly, and is scheduled to speak next Thursday afternoon.

The US government has made it clear it does not want al-Bashir to show up in New York.

"Such a trip would be deplorable, cynical and hugely inappropriate," said the US ambassador to the United Nations, Samantha Power.

But under a US treaty with the UN dating to 1947, Washington is obligated to issue the visa as the world body's host country. The United States has never banned a visiting head of state who wants to speak to the United Nations.

State Department deputy spokeswoman Marie Harf sidestepped a question about whether al-Bashir could be arrested if he comes to the US.

"There are a variety of considerations in play with respect to President Bashir's visa request, including the outstanding warrant for his arrest," Harf said Friday. "But we're not going to sort through these considerations publicly. We're going to continue to do so privately and deliberately."

Sudan's Foreign Ministry has said the United States is "not qualified … to offer sermons and advice" on international law and human rights and called on Washington to swiftly grant al-Bashir's visa.

UN Secretary General Ban Ki-Moon joined the US in reiterating that al-Bashir is wanted for genocide and war crimes and should cooperate with the ICC.

Elise Keppler, a Sudan expert with Human Rights Watch, said al-Bashir would be met in New York with angry protests from demonstrators, and could be putting himself in legal jeopardy.

"They key here is that this is an unprecedented situation," she said. "There hasn't been clear legal ruling on this set of circumstances."

The United States has declined to sign onto the Rome Statute treaty establishing the International Criminal Court, fearing that US citizens – particularly members of the military involved in global conflicts -could be indicted by other countries for war crimes.

But "other commitments that the US has signed for justice for these kinds of crimes are important," Keppler said.

"You also have the Genocide Convention that talks about the need to punish those who commit genocide," she said. The United States has ratified that treaty, with the restriction that it will not allow the trial of U.S. citizens for genocide without its consent.

If al-Bashir arrives in New York, Keppler said various civil rights and human rights groups could seek to charge him with torture or genocide under U.S. domestic law.

Human Rights lawyers have over the past 20 years uses the Alien Tort Act to file civil suits by Americans or foreigners against foreign nationals who come to the United States after committing human rights abuses abroad.

Al-Bashir's motives for coming to the General Assembly, where he will be shunned by most other world leaders, are unclear.

But he has tested the limits of travel under the ICC indictment before, attending an African Union summit in Nigeria in July.

He swiftly returned home after protests against his visit broke out and lawsuits were filed.&andash;Sapa-AP