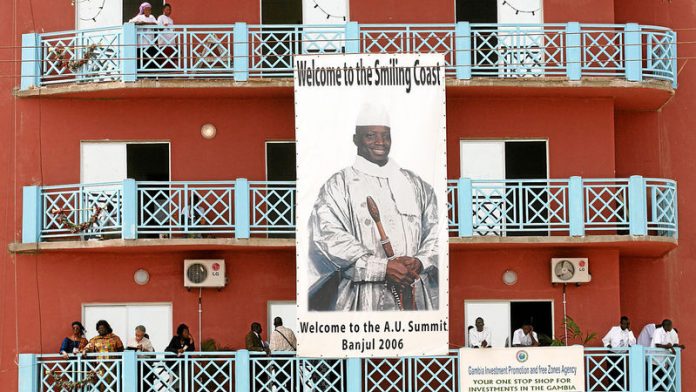 The tiny west African nation, which is flanked on both sides by Senegal, on Wednesday stunned the 54-country bloc with the announcement it was leaving what it called a "neo-colonial" institution.

In a statement read on state media on Saturday, the government lashed out at its "enemies".

The statement said Britain and the US had backed "so-called Gambians to set up organisations and media facilities to spread nothing but lies against The Gambia by making false, outrageous and unfounded statements about the state of human rights."

President Yahya Jammeh, who has ruled the country since 1994, is often pilloried for rights abuses and the muzzling of journalists.

However members of the diaspora have set up vocal and critical news outlets against Banjul. The statement said that Gambia's human rights record was "much better" than that of Britain and the US.

"The British government has been masterminding this campaign against The Gambia and despite the fact that we are independent they still continue to treat us as their colonial subjects.

"Certainly the British Empire was founded by extraordinary brutality and the massive looting and shedding of the blood of Africans, Asians and others. Its only legacy is exploitation."

Meanwhile it slammed the US as a country "lifted from backwardness, poverty and violence to superpower status as well as the largest economy in the world by the sweat, blood and tears of millions of African slaves."

Jammeh, who is always seen in billowing white robes and brooks no criticism, rules the smallest country on the African mainland with an iron fist and an aura of mysticism.

In 2007 he booted a UN envoy out of the country for questioning his cure for AIDS. In 2010, the EU, the country's top aid donor, cancelled 22-million euros in budget support for Banjul because of concerns over human rights and governance issues.

In August 2012, Jammeh came under fire for sending nine prisoners to the firing squad. He eventually backed down from a mass execution of the rest of those on death row. – AFP