US shutdown: Conflict could go down to the wire 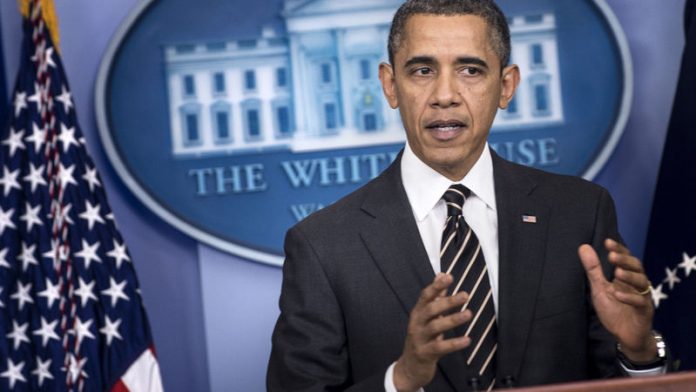 As the US government moved into the second week of a shutdown on Monday with no end in sight, a deadlocked US Congress also confronted an October 17 deadline to increase the nation's borrowing power or risk default.

The last big confrontation over the debt ceiling in August 2011 ended with an eleventh-hour agreement under pressure from shaken markets and warnings of an economic catastrophe if a default were allowed to occur.

A similar last-minute resolution remained a distinct possibility this time as well.

In comments on Sunday's political talk shows, neither Republicans nor Democrats offered any sign of impending agreement on either the shutdown or the debt ceiling, and both blamed the other side for the impasse.

"I'm willing to sit down and have a conversation with the president," said Republican House of Representatives Speaker John Boehner, speaking on ABC's This Week. But, he added, US President Barack Obama's "refusal to negotiate is putting our country at risk."

On CNN's State of the Union, treasury secretary Jack Lew said: "Congress is playing with fire," adding that Obama would not negotiate until "Congress does its job" by reopening the government and raising the debt ceiling.

Shutdown, debt ceiling issues emerged
The two issues started out separately in the House but have been merged by the pressure of time.

Conservative Republicans in the House have resisted funding the government for the current fiscal year until they extract some concession from Obama that would delay or defund his signature healthcare law, which launched October 1.

Many of those conservatives want a similar condition placed on raising the debt ceiling, but in his list of debt-ceiling demands on Sunday, Boehner did not mention the Affordable Care Act, commonly known as Obamacare.

"It's time to talk about the spending problem," said Boehner, including measures to rein in costs of entitlement programmes such as the Social Security retirement system and Medicare, the government-run health insurance plan for seniors.

Harry Reid, leader of the Democratic-led Senate, is expected to decide soon on whether to try to open formal debate on a "clean" bill – without extraneous issues attached – to raise the US treasury's borrowing authority.

Passage of such a measure would require at least six of the Senate's 46 Republicans to join its 54 Democrats in order to overcome procedural hurdles that opponents of Obamacare could erect.

According to one Senate Democratic aide, the debt limit hike might be coupled with a new initiative to reform the US tax code and achieve long-term savings in Social Security and Medicare, whose expense has soared along with the population of retirees.

Republican lawmakers have floated other ideas, such as a very short debt-limit increase, which would create time for more negotiation at the expense of further market uncertainty, and repeal of a medical device tax.

Some Democrats favour repealing the tax, but they insist that replacement revenues be found and repeal be considered only after government reopens and the debt limit is raised.

Agreement in the Senate would send the snarl of issues back into the House, whose Republican caucus has adopted a hard line on both Obamacare and the debt ceiling.

There may be enough votes in the House for passage of a clean bill, according to some analysts. That would require almost all of the House's 200 Democrats and about 20 of its 232 Republicans to vote in favour. But taking such a vote would require speaker Boehner to violate his policy against bringing a vote on any legislation that is favoured by less than a majority of House Republicans.

In any case, neither side is making any move toward accommodation, and the stakes rise with the passage of time.

For any deal to work, negotiators probably would have to choreograph a multi-pronged approach that allows all sides to declare victory, even if it is one that cues up another battle in mid-November or December.

While the shutdown itself is unlikely to cause major disruption in the markets, a fight over the debt ceiling could. In the last two days of the debt-limit standoff of August 2011, the New York Stock Exchange lost 11.2% of its value, and the deadlock led to a downgrade of the US credit rating "AA+" from "AAA" by Standard & Poors.

The outlooks from Moody's and Standard & Poor's, the only agency so far to have lowered its rating on US debt, are both at "stable", but Fitch Ratings has indicated a negative outlook for the US debt rating.

US debt profile improving
All three agencies have said the US debt profile has improved substantially over the past two years, with gross domestic product growth, while slow, proving to be persistently positive and the budget deficit trending lower.

Fitch said in a note last week that the US rating is at risk in the current showdown over the debt ceiling because failure to raise it sufficiently in advance of the deadline, raises questions about the full faith and credit of the United States to honour its obligations.

Political gridlock remains the greatest risk to the US outlook, Fitch said in its note of October 1, the first day of the partial shutdown of federal government operations.

"This faith is a key underpinning of the US dollar's global reserve currency status and reason why the US AAA rating can tolerate a substantially higher level of public debt than other AAA sovereigns," Fitch said.

Investors have so far been relatively sanguine about the approaching debt ceiling deadline, but measures of anxiety, such as the Chicago Board Options Exchange's Volatility Index, have begun trending up since the shutdown began last Tuesday. The VIX rose 18% last week and briefly hit its highest level since June. – Reuters