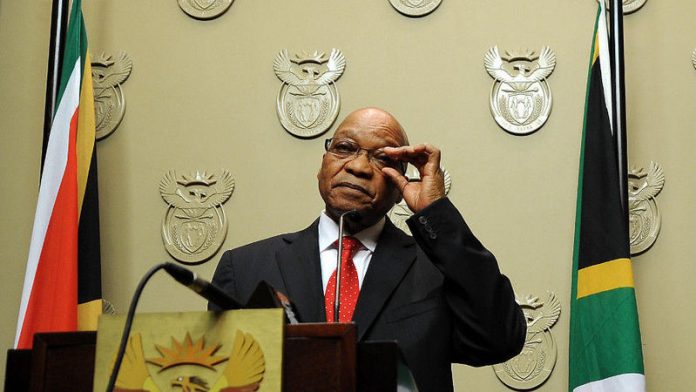 It's election season, so that means it's time for President Jacob Zuma to do his rounds of churches and make inflammatory statements, usually to the delight of the nearest journalist.

It's no secret our president and the dominant body in the ANC at present have strong conservative leanings, often at odds with the liberal-minded founders of our Constitution.

A church context often gives Zuma the opportunity to indulge in these leanings. Whether it's strictly biblical or not is usually besides the point: it's a chance for Zuma to speak to an audience who resonate with his traditional, conservative values that often put him at odds with more liberal parts of our society who find favour with our Constitution – even if they are in the minority.

It's this tension that has seen our president make homophobic statements in the past and then quickly apologise, or admit archaic views of women and their role in marriage. Throw in a church context and the charismatic style of speaking at these venues often lead Zuma to deviate from his usually bland prepared speeches and make outlandish statements, such as his notorious claim that the ANC would rule until Jesus came, or that those who vote for the opposition were effectively friends with the devil.

This last Sunday brought us more of the same. Zuma was at the 33rd Presbyterian Synod in Giyani, Limpopo, where he told the congregants that those who insulted leaders in position of authority would possibly be cursed.

"Whether we like it or not, God has made a connection between the government and the church. That's why he says you, as a church, should pray for it."

The headlines started writing themselves.

"Zuma: Criticise me and be cursed"

But the fact was that Zuma was indeed quoting from the Bible this time, albeit a selective reading that works well for him.

The apostle Paul made the point in one of his most famous letters: Romans, in the New Testament. In chapter 13 verses one to seven, he does indeed encourage a respect for government authorities.

"Everyone must submit himself to the governing authorities, for there is no authority except that which God has established," he begins. The verses also point out that the state can use force to ensure compliance with the law, so it was in the audience's interest to obey the law of the land, pay taxes and so on – not just "because of possible punishment but also because of conscience".

Needless to say it can be a difficult scripture if taken to its logical conclusion. I have heard Zimbabwean Christians in particularly struggling with verse two, which speaks most directly to what Zuma was saying. In it, Paul says that "all authority" has been established by God and thus "he who rebels against the authority is rebelling against what God has instituted".

The implications of this verse for dictatorial regimes are a discussion for another time, but for a democracy like ours it's pretty clear.

So within the context Zuma was showing, for once, that he does "read the right stuff", contrary to Richard Calland's criticism.

However, reading it in balance with the Constitution, which the scripture itself says must hold ultimate sway, is where Zuma falls down.

If he was referencing Romans 13, as seems to be the case, he would realise that it was a scripture that was advocating for a stable society.

A bit of context: one sect of Judaism at the time was a militant group called the Zealots, the Julius Malemas of their time, if you will. They expected Jesus, or whoever the messiah was, to overthrow Rome, the government of the day. Paul was clarifying that this was not the case: Christians were to be good citizens wherever possible, particularly in obeying the laws of their country.

As citizen number one, Zuma should do the same. The Constitution that governs South Africa completely separates government and church, and celebrates freedom of expression – including the right to criticise our political leaders. It also includes very carefully thought out balances in the form of Chapter 9 institutions, Parliament and the judiciary to act as checks against Zuma's executive powers.

Romans 13 does not tell us to mindlessly submit to our government. It tells us to obey the law, pay our taxes and not plot an overthrow of government. Drawing a cartoon taking aim at the president or robustly critiquing his government's decisions is not covered.

Zuma's off-the-cuff remarks are usually an insight to his true beliefs, and they generally show poor respect or understanding of our Constitution – and a hyper-sensitivity to criticism. He clearly does not like to be questioned. But the right to do so, alas Mr President, is protected by the Constitution you and everyone else in this country have signed up for, which itself is protected by the very scripture that you quote.