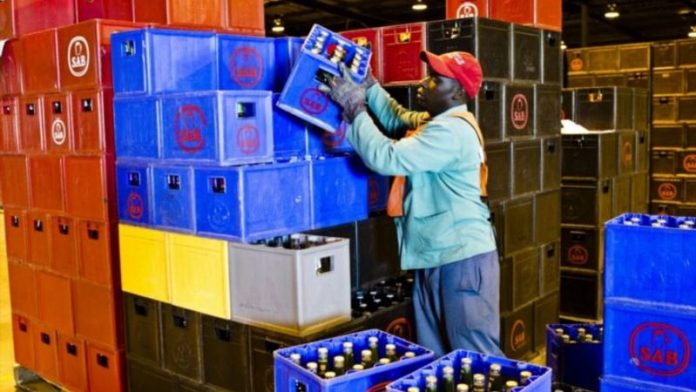 Striking South African Breweries (SAB) workers affiliated to the Food and Allied Workers' Union (Fawu) handed over a memorandum to their employer on Tuesday.

"We are handing over a memorandum which states that we want a 9% increase," she said.

The employer was offering 7%, but Swartz said it worked out to workers receiving only 4.4% of that percentage.

The remaining 2.6% came in the form of performance-related payments.

"We just think that is scandalous," said Swartz.

SAB management received the memorandum from the workers.

Hundreds of Fawu members on strike
​The Fawu strike began over a week ago.

The company said it had a contingency plan in place to minimise disruptions to operations and customers.

On Monday, SAB spokesperson Robyn Chalmers said a strike was always problematic, but that the company was confident of its plan.

"SAB has a total of about 6 400 people working in the beer division, of which about 2 800 are members of the bargaining unit," she said at the time.