A realistic look at “4G” 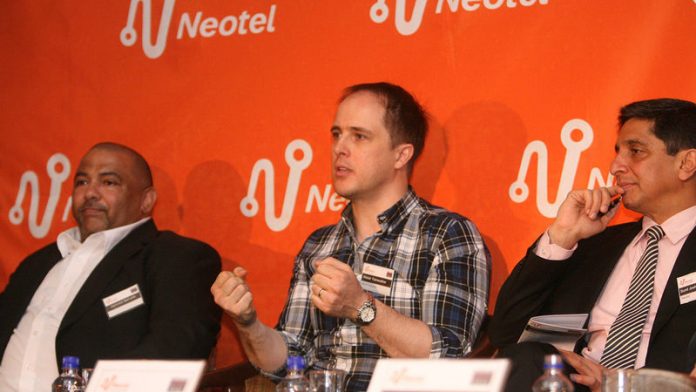 On September 25, a Mail & Guardian business breakfast held in conjunction with Neotel asked whether long term evolution (LTE) is a solution to the broadband rollout in South Africa or is just another industry buzzword.

Since many South African industries require access to faster and cheaper broadband, LTE is an important subject.

If LTE is nothing but a buzzword then it will be disappointing for the innovation of the country to compete on a global level.

"LTE should be seen as a complimentary technology that is available. The jury is still out in the country on whether it is a real solution considering that there is not the right spectrum available to carry it yet," said Samuels.

Fairweather said LTE should not be seen as a solution on its own.

"LTE is a terrible name that does not actually mean anything. One should rather look at the issue of spectrum that has become a more important and difficult problem to fix.

"With fixed-line communication not being economical to implement in rural areas, wireless broadband provides a sensible solution to South Africa's broadband rollout," he said.

Joshi said that LTE formed an important element of the broadband jigsaw in the country.

"The economic growth of South Africa depends on broadband, its rollout and making it more pervasive. A well quoted statistic is that for every 10% increase in broadband penetration, a country can grow its gross domestic product by 1.4%.

"But broadband in itself is not the panacea, but what you do with it to drive growth across industries."

Shapshak said that LTE was a mix of several technologies.

"In essence, LTE is the last mile between the exchange and the user. It is fast and you do not need to build as much infrastructure for it as you do for fixed-line access.

"Our problem in this country for not seeing LTE can be blamed on the government. Most of the spectrum necessary to use LTE has been allocated to Sentech — a bunch of bumbling clowns.

"The government needs to understand the issue of spectrum as if it were mining rights. Only then will they start to understand. It boils down to lots of money to be made," he said.

Spectrum woes
Samuels said that since 2009, companies had been unsuccessful in getting access to spectrum below 1Ghz.

"There is a lot of talk around the allocation of spectrum, but nothing is really happening around it."

He said that LTE was successful in other countries because foreign governments saw the value of getting it rolled out to rural communications and used it as an enabler to empower their people.

Fairweather said to blame the government was a tiring argument, but rather it was the fault of regulators and past telecommunications ministers in the country that LTE was not already more pervasive.

"There is a fundamental lack of understanding of how interconnected this problem is. We have failed in the digital migration (for television broadcasting).

"In the past, the UHV/VHF formats were chosen for television because of their long range, high fidelity and more. However, there is no need to use that spectrum for television anymore, thanks to digital. The bulk of that spectrum can be used for LTE. If the government really cares about the LTE issue then it will focus on getting the digital migration done as quickly as possible."

While there might never be perfect market conditions for LTE, there was a need to constantly evolve policy to adapt to technological change.

Device questions
"In my view it is about what the market needs and what it has now. Mobile penetration is at more than 100% in South Africa. And while many people believe that broadband speeds are not fast enough, the majority of users are happy with 5Mbit/s speeds. You need a service that caters for the populace. The biggest problem is that LTE devices are not affordable yet," said Joshi.

Shapshak agreed: "The majority of handsets in the market cannot use LTE. While operators such as MTN and Vodacom are refarming their spectrum to drive LTE, they are only succeeding in taking away from the 3G experience. Already, we have seen the number of call-drops increasing and the customer experience getting negatively impacted as a result of this."

Fairweather said that there were many levels of affordability to consider.

"I believe that being able to download a movie is not an edge case, but something everybody wants to do. LTE devices will come down in price to such an extent that everybody will have one. We have already seen penetration for these devices growing worldwide. Even access is not a concern as the operators are pouring money into their networks to ensure that this happens. The biggest problem we have in this country is the high cost of data. If government really cares about this then it will find a regulatory way to drive down cost."

Government's responsibility
Shapshak said that the industry was setting up discussions about LTE in a way that government should.

"The reason we do not have LTE spectrum available is because government is dithering and trying to adopt non-existent standards from countries that are still coming to terms with LTE.

"The frustrating thing is that European standards have existed for years so there is no reason to reinvent the wheel. It boils down to somebody in government waiting to decide who is going to get a kick-back for the set-top boxes required in the digital migration. But government needs to understand the business case of LTE."

He went on to say that people could not live in a connected world by sticking their heads in the ground and ignoring the issues at hand. "Everything good the internet can make possible is being held back by government."

Benefits of access
Fairweather said that broadband brought numerous benefits to people, including access to information to give them opportunities to make businesses out of it.

"Technology has no agenda, it is agnostic. People are fundamentally good and want a better live for themselves. It is about not having to walk 10km to find out the price of maize when you can check it online and use that time to put food on your table.

"LTE is part of this solution. However, regulators need to work with the industry to fix the problem."

Joshi said that LTE was a buzzword and was not ready to be used by the masses. He felt that in five years this would change and become a more practical solution.

Shapshak agreed: "Right now, LTE is just a fancy phrase. LTE will only be possible if we address some of the problems of the past, such as the television spectrum and pricing of broadband in South Africa. It is a complimentary technology to all the other things available. As soon as people get access to LTE they will start to come up with amazing solutions to real-world problems."

Defining LTE
What does LTE actually mean? In simple terms, it might help to think of LTE as 4G.

In more technical terms, LTE is understood to be the standard for the wireless communication of high-speed data for mobile phones and data terminals.

Naturally, there is some debate about what is meant by high-speed.