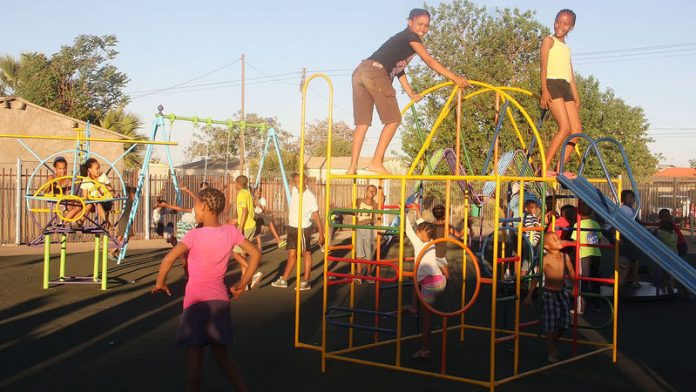 One of the driving forces of Mangaung's council is to create "an attractive, clean, green and healthy environment that will serve as the basis for sustainable economic development, and enhance the quality of life for present and future generations".

As part of achieving this, the council has prioritised environmental issues that include removal of illegal dumps, alien plants and cutting trees and grass in some wards in the municipal area.

Indigent households in wards 1, 2 and 3 have been supplied with 85-litre capacity refuse bins and this programme will be extended to other wards.

In addition, the following has also been achieved:
• 150 trees have been planted in Batho location in line with the municipality's greening strategy and the older township rejuvenation programme.

Currently people are being trained to assist residents with the establishment of food gardens. Friends of the Parks groups have been established in wards 11, 13 and 15 to assist the municipality in looking after parks. The project will be rolled out to other wards.
• The municipality is mitigating the effects of climate change by monitoring air quality, promoting energy safe campaigns, investing in alternative sources of energy, compilation and implementation of an environmental management plan as well as retrofitting of municipal buildings with energy efficient bulbs.
In partnership with the national department of environmental affairs, the municipality is cleaning the spruit that stretches across Batho location.
• To date R35-million has been spent and 400 jobs have been created using the recruitment process of Expanded Public Works Programme.
• The municipality has spent R3.8-million to purchase 100 recycling bins to improve waste management and increase the amount of litter and waste that is recycled. These were distributed at Botshabelo, Thaba Nchu and Bloemfontein.
• In addition, the executive mayor on September 12 launched the Kido Choene Park in the Bloemfontein township of Heidedal, a place where children can unwind and play, while their elders will be reminded of the legacy left behind by the former councillor.

"I hope with this facility we will also be addressing other social ills we are facing, where children are exposed to drugs and alcohol. I hope with this they also grow well, as physical fitness will help in mental development," the mayor said.

The R1.2-million park is divided into two sections; one with an assortment of swings for children, and the other with gym equipment for the young adults and the elderly.

Councillor Kedibone Choene was one of the longest serving councillors of Mangaung until her death in 2011.

Because environmental awareness was one of the issues she felt strongly about, the mayor saw fit to name the park after her, which would also ensure that her memory is preserved.

Choene was a nurse and a hard worker and never compromised on how she served people, despite the challenges she faced in her line of duty, he said.

This is the kind of spirit needed when serving the community, the mayor said.

The focus on building parks, particularly in townships, forms part of the mayor's vision to ensure that Mangaung's open spaces are properly utilised, which will contribute towards the municipality's broader beautification strategy, which among other things seeks to attract visitors and tourists.

Similar parks are planned for various parts of the metro, while a regional park that will be located in Thaba Nchu has been planned for the city. A tender has already been advertised for interested parties.

The regional park will be located along the Seroalo Dam and will have various amenities, including conservation and recreation areas, community facilities and empowerment projects.

To bring more residents on board with greening initiatives in Mangaung, the municipality will run a competition for Best Vegetable gardens, Cleanest Yard and Cleanest Ward, which will be judged by the end of January 2014.