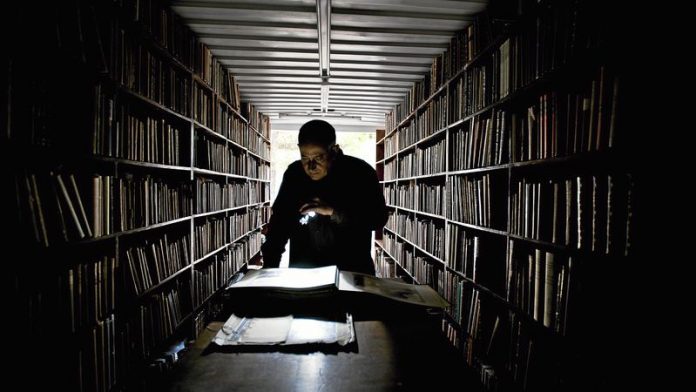 European bookshops are taking a stand against competition from the Internet, boosted by a renaissance in independent stores and their enhanced know-how despite still facing a difficult climate, industry players say.

"The findings are the same everywhere: it's difficult," Matthieu de Montchalin, president of the national trade union of French bookshops, said.

"France is one of the only countries in Europe, with Germany, which is succeeding in stemming the fall in the book market," he added after participating in an event on Europe's book sector at the Frankfurt Book Fair.

He said independent book stores were doing better than chain stores. "The independent shops are succeeding in keeping their customers and their sales are stable even if they are not going up," he added.

The book market continues to drop off but Internet sales are increasing at a slower pace than in the past, allowing traditional book shops to limit the damage.

Book distribution methods
France has 20 000 points of sale for books – and 2,500 bookshops – and the figure is not waning, according to the bookshops' union.

Meanwhile in Germany, book store sales alone rose by 0.9% in January to September compared to a year earlier.

That was slightly more than the 0.8% increase for all book distribution methods, according to the German Publishers and Booksellers Association.

Its president Gottfried Honnefelder said although the figures were small, they showed a "trend", with book stores projecting a "new self-confidence" in Germany.

And he vigorously warned that a fixed price agreement on new books, used by Germany and 10 other European countries, must continue, not least to save the bookshops.

"If this is sacrificed during the planned free trade negotiations between the EU Commission and the US, under pressure from the large Internet providers such as Amazon, Apple and Google, the anonymous, entirely manipulative power of money will gain ascendancy over the intellect," Honnefelder told the fair's inauguration this week.

"It would be the death knell for the high street bookshop."

'Books Are My Bag'
New ways for supporting bookshops have recently been initiated, including a bill approved unanimously by French lawmakers last week to restrict the likes of Amazon from combining free delivery with discounts of up to 5% on books, the maximum allowed under existing French legislation.

"We look at France actually in many matters as an example," said Juergen Boos, director of the Frankfurt fair this week.

And around 100 regional independent book stores in France have grouped together to form an internet site – Leslibraires.fr – to make their collective stock of 750 000 more visible and offer a delivery service to customers.

"Books Are My Bag" is a campaign, meanwhile, to promote bookshops in Britain and Ireland, launched in September by publishers, bookshops and authors.

"In fact, 56% of all book-buying decisions are made by consumers in a bookshop and high street bookshops – both chains and independents – still account for almost 40 percent of books bought by consumers," the campaign says.

"Yet, many high street bookshops are under threat." – Sapa-AFP