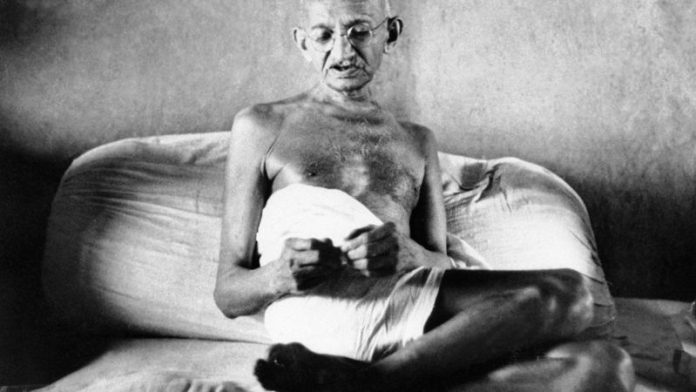 Akeel Bilgrami is the Sidney Morgenbesser Professor of Philosophy at Columbia University, where he is a member of the committee on global thought. After a Rhodes scholarship at Oxford, he completed his PhD at the University of Chicago and has taught at Columbia since 1985. The author of Belief and Meaning (1992) and Self-Knowledge and Resentment (2006), his scholarship has been defined by an engagement with the philosophy of mind and political theory, attempting to bring together different threads of philosophical discussion. A part of this endeavour has been to locate Mohandas Gandhi in Western traditions of radicalism and romanticism, as opposed to just being an anti-colonial spiritual figure. Bilgrami recently delivered a series of lectures at Wits University on these topics.

Gandhi's thought is often framed as 20th-century activism, yet you have situated his thinking within deeper traditions of Enlightenment thought. Are these two views incompatible?
Gandhi's thought was highly integrated. His ideas about anti-colonial activism flowed from seemingly remote ideas about the nature of modernity, indeed even more abstract ideas about the nature of knowledge and truth. His great anxiety was that the harms of modern civilisation would be left in India as a legacy of colonialism.

Gandhi didn't think it was enough to campaign for freedom from colonial rule; it was necessary to do so with ideas and methods that were not derivative of the frameworks of thinking and the conceptual vocabulary of colonialism. Even if the British left, India had to address a form of cognitive slavery, which he thought just as corrosive as the physical colonial presence of the British.

All of this reflected a detachment from the world, instead of an engagement with it, and led to the alienation of our lives.

Could you elaborate the dimensions of this alienation?
The idea of an unalienated life, for Gandhi, had two aspects. First, he thought we had become alienated from nature. We had allowed nature to be defined by the natural sciences. This made it an object of detached study rather than something that made normative demands on us. And that, in turn, made us predatory towards it, thinking of nature as a source of bounty, taking from it with impunity in extractive economies. In this, Gandhi had, over a hundred years ago, presciently analysed the sources of our environmental problems of the present.

The other form of alienation was social, a result of treating others in a detached way as means rather than an end.

A slogan I have attributed to him, on the basis of various things he says, is: "No one is well off if someone is badly off." By this, Gandhi meant that, when there are deep social inequalities, even those who seem "well off" are in fact not so, because they suffer from the malaise of alienation.

Consider the gated communities in which the affluent live in Johannesburg. I think that is a good example of the alienated lives the "well off" live, cutting themselves off from ordinary people and the outside world. Equality for Gandhi is not just a value in itself, but a necessary condition for leading an unalienated life, which he thinks has deeper value.

You have pointed out that Gandhi had reservations about the concept of "citizenship".
In this respect his thought went radically against the tendencies of modern liberal thought. Remember, Gandhi was a deeply religious man, even if his religion was a rather maverick mix of Hinduism with a variety of other influences, including Christianity. And it was his religiosity that made him sceptical of the most central underlying assumption of the liberal Enlightenment: that what is bad in us can be constrained by good politics. This assumption underlies all the notions of rights and constitutions that we cherish.

It is not that Gandhi was against rights. He was indifferent to them, thinking that mere legislation was not enough to address the wrongs of which we are capable.

There is one other element. He valued the heterogeneity of Indian life greatly, and he thought it was wrong to ignore the great variety of human identities and dissolve them in a common, abstract "citizenship".

On the question of caste, in particular, this strand in his thought has been found to be extremely problematic. It is not clear that one can historically or conceptually distinguish between "caste as heterogeneity" and "caste as hierarchy" in the way he does.

You have written on Gandhi, on self-knowledge and resentment, and on agency and practical reason. You were also close friends with Edward Said. A question, then, for a philosopher: How should one live?
I don't think philosophers are in any better position to say how we should live than other people. Part, but only part, of my interest in philosophy comes from wanting to link concepts to practical and public life, but I don't think my philosophical methods make me or other intellectuals particularly suited to answer the question of what is a good life.

How to live is not an arcane question that requires special forms of knowledge. Intellectuals in universities and [those who] become pundits and write for the media have by and large had a bad influence, indirectly supporting the state and the most pathological institutions of our societies, such as corporations. Even when they are critical they tend to make marginal, never fundamental, criticisms.

There are, of course, exceptions such as Said. But I am sure that for every such exception, you will find an infantry who are aspiring to "advise the prince" or at any rate to say nothing that will radically oppose the princes or the complacencies of their disciplinary conventions.

Christopher J Lee is a lecturer at the Centre for Indian Studies in Africa and in the department of international relations at the University of the Witwatersrand. He is the editor of Making a World after Empire: The Bandung Moment and its Political Afterlives (2010)