Amcu vote in favour of strike at Implats 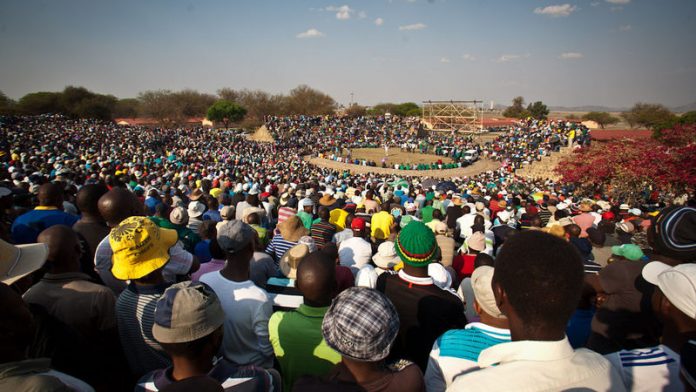 The Association of Mineworkers and Construction Union (Amcu), the largest labour group at Impala Platinum Holdings's South African operations, said it will go on strike at the world's biggest platinum mine.

Workers voted in favour of the stoppage at a meeting the union held on Monday with members near Rustenburg, in North West province, Amcu treasurer Jimmy Gama said. Impala accounts for about 25% of global platinum supplies.

Amcu is demanding basic monthly wages for underground workers of R12 500 from the three largest South African platinum producers, where it has usurped the National Union of Mineworkers as the dominant labour representative. The companies' profit margins have declined after prices fell and costs increased.

Implats, as the metals producer is known, hasn't received a strike notice from Amcu yet and is "hopeful that talks will continue and that we could still avert the strike," said Johan Theron, a spokesperson for the company. Amcu needs to give Implats 48 hours' notice before embarking on a strike, he said.

The shares declined 0.8% to R123.85 by the close on Monday in Johannesburg. The FTSE/JSE Africa Platinum Mining Index fell 0.6%.

Amcu rejected a pay offer of 8% for the year through June, Theron said on October 24. South Africa's inflation rate was 6% in September.

Implats offered to increase pay by 7% in the second and third years of the proposed agreement, Theron said. This would increase the total monthly remuneration of entry-level underground workers to R10 756 by the end of the cycle, with the cash portion accounting for about R7 000, he said.  – Bloomberg