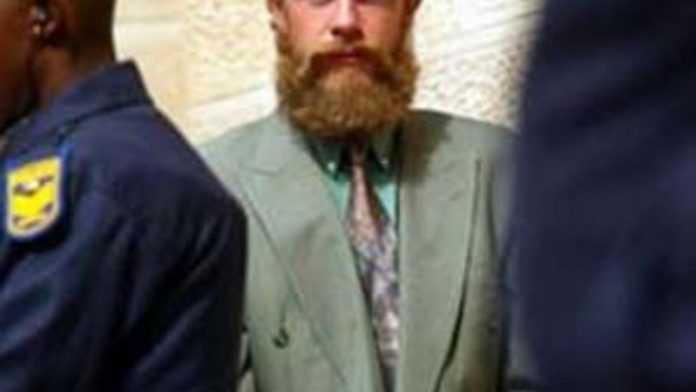 Boeremag leader Tom Vorster and five members of its bomb squad that blew up numerous targets in 2002 were sentenced to in effect 25 years’ imprisonment by the high court in Pretoria on Tuesday.

Vorster shrugged and told reporters he did not expect such a severe sentence, as he was already in prison for over a decade.

The third Pretorius brother, master bomb maker Kobus Pretorius, was sentenced to 20 years’ imprisonment, of which 10 years were suspended. This was because Pretorius had a change of heart during the trial and expressed remorse for what he did.

The members of the bomb squad were sentenced to an additional 13 years imprisonment on charges of culpable homicide and conspiring to murder former president Nelson Mandela.

Soweto mother Claudia Mokone was killed when a piece of steel dislodged by a bomb the Boeremag planted on a railway landed in her shack.

Chaos
Judge Eben Jordaan said Mandela would have been killed by a landmine planted by the Boeremag bomb squad if he had not arrived by helicopter to open a school in Bolobedu, Limpopo.

This would have caused chaos and bloodshed in the country. He said the Boeremag’s aim had been to destroy democracy in South Africa.

How dangerous they were was shown by the fact that they carried on committing violent crimes some said were incapable of being carried out.

The bombers already had five large car bombs ready for targets in the city centres of Pretoria and Johannesburg and were planning further bomb attacks when they were caught.

Boeremag leaders Mike du Toit, Dirk Hanekom and the Pretorius brothers’ father, Dr Lets Pretorius, were each sentenced to 30 years’ imprisonment, of which 10 years were conditionally suspended for five years.

Rooikoos du Plessis and Jurie Vermeulen, who also played important roles in planning the coup, got 15 years’ imprisonment, of which 10 were suspended.

One of the Boeremag’s most active members and the Boeremag chaplain, 74-year-old Vis Visagie, was sentenced to five years of correctional supervision.

‘Weakling’
Five of the Boeremag members who played a lesser role, including the youngest member Jacques Jordaan, walked out of the court free men after being given suspended sentences.

The sentences were met with outrage by some, but acceptance by others.

Van Wyk’s wife expressed relief that her husband would be coming home. – Sapa